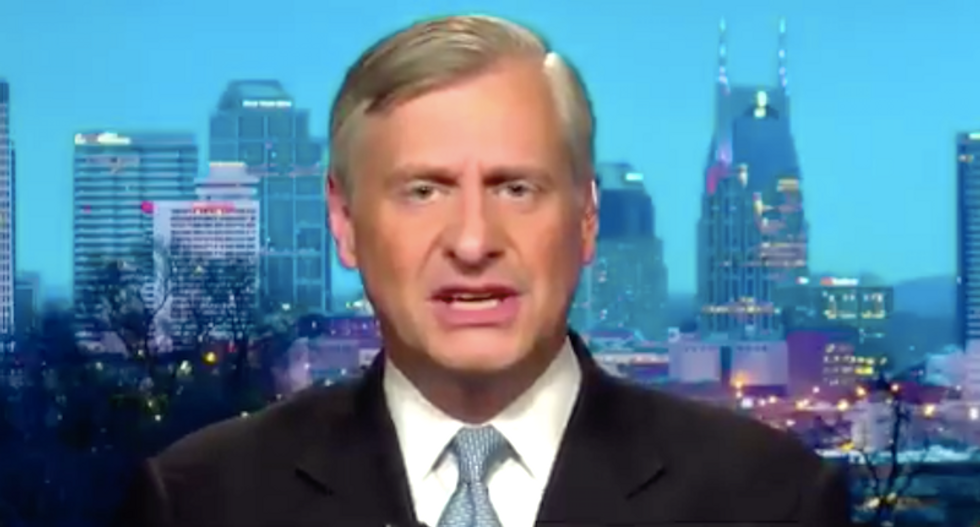 President Donald Trump baffled historians and former history students alike by suggesting Andrew Jackson could have stopped the Civil War from happening had he been president a few decades later.

The president has recently expressed admiration for the seventh president, but Jackson's biographer said respect came at the urging of White House chief strategist Steve Bannon.

"I spent an hour, hour and a half with him in May of '16 talking with him about presidents he admired and Jackson never came up," historian Jon Meacham told MSNBC's "Morning Joe." "Steve Bannon put this in the conversation after the victory saying this was a Jacksonian moment."

Meacham, who won a Pulitzer Prize for his 2008 biography "American Lion: Andrew Jackson in the White House," said Trump's esteem for his populist predecessor was superficial and self-aggrandizing.

"It's a projection of the president's fundamental and enveloping narcissism," said Meacham, the executive editor and executive vice president at Random House. "He told me a year and a half ago or so, a year ago, that, you know, he thought he could have done a deal to have averted the war."

Meacham, who has also written a biography of Thomas Jefferson, said the presidency had enhanced the "fundamental characteristics" of the men who had served in the White House.

"It's very hard, once you're there, to change," he said. "Some people do, and that's why we talk about them as great presidents. But most people, once they're in the Oval Office, actually just become more like themselves -- and I think in this case that's on a particularly tragic trajectory."

.@jmeacham Watch this. @jmeacham says on @Morning_Joe that Trump told him a year ago that he thought he could have done a deal to avert the Civil War. pic.twitter.com/IFc0q5zG2m