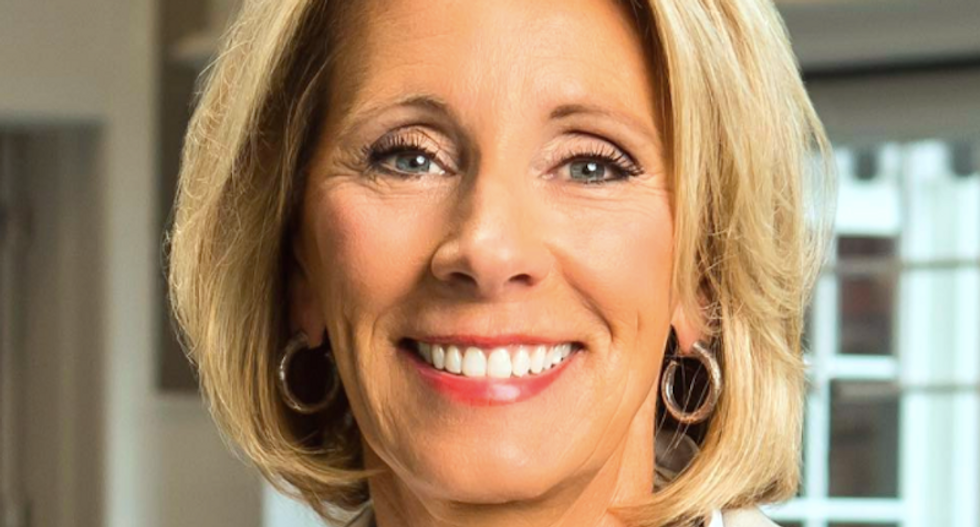 School choice policies championed by Betsy DeVos in Michigan have resulted in segregation -- especially in her hometown.

The education secretary promoted school choice policies for two decades as a conservative activist and Republican campaign donor, and the billionaire was behind the inter-district choice policy that disrupted neighborhood attendance zones starting in 2000, reported AlterNet.

Under that policy, white families have fled their residential districts for less-diverse schools, especially in Holland, where DeVos is from.

Her first budget as education secretary promotes the same policy by diverting $1 billion in Title I dollars from poor children to a new grant program for school districts that agree to allow students to choose their public school.

In Holland, where DeVos and her family live, white enrollment has dropped more than 60 percent since Michigan adopted the school choice policy she's pushing nationwide.

Students have left the city's public school system for charter schools or nearby districts with a higher percentage of white students.

The students who are left behind are majority Hispanic and overwhelmingly poor, and the school district has been starved of resources when taxpayer funding follows the white students to other schools.

When neighborhood attendance zones were disrupted at the turn of century, Holland had 15 schools, but that number has dwindled to eight -- and only two of those are elementary schools.

About 400 students rejected Holland schools for Black River Public School, a charter school about a mile away that is 75 percent white, and more than 250 others travel a bit further away to Zeeland or Hamilton to attend schools that are more than 80 percent white.