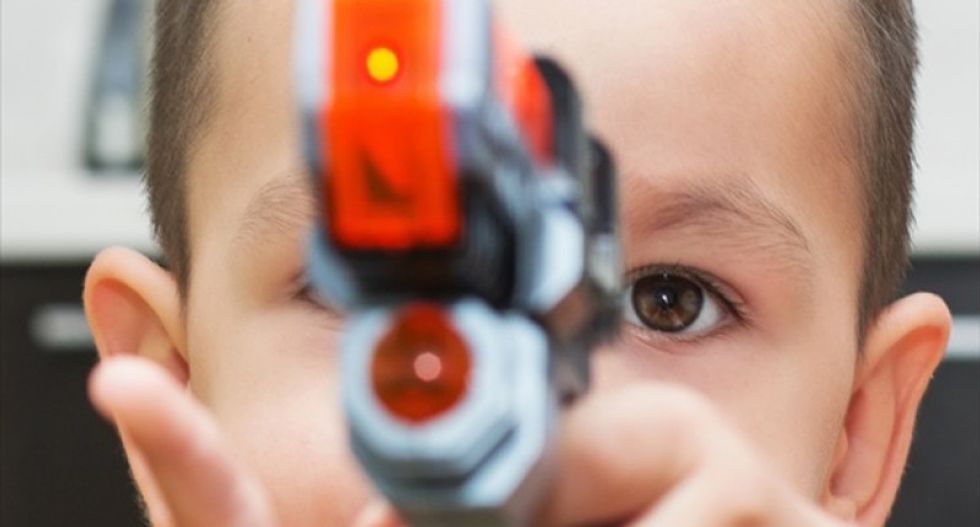 Cleveland's police union will file a lawsuit in the coming months against toy gun manufacturers, an attempt to restrict production of realistic designs like the one a child was playing with before he was fatally shot by officers in the city, a lawyer for the group told local media.

Tamir Rice, 12, was playing with a toy gun that fired pellets on a Cleveland playground in 2014 when he was fatally shot by a police officer, one of a string of killings that fueled protests against the use of deadly force by U.S. police, particularly against minorities.

The similarities between the toy gun Rice was playing with and a real handgun became a focal point of the incident when prosecutors decided in 2015 not to file charges against officers involved in the shooting.

"These fake weapons put the community at risk, put law enforcement at risk, something has to be done," Henry Hilow, an attorney for the Cleveland Patrolmen's Association, said during an interview with local ABC affiliate WEWS-TV on Monday in revealing plans to file the lawsuit in federal court.

The civil lawsuit would not seek finical damages but instead would look to force toy gun producers to manufacture guns that are easily distinguishable from real weapons, Hilow told the TV station.

Hilow did not say which toy companies would be targeted by the lawsuit or when exactly the lawsuit will be filed.

When reached by telephone, Subodh Chandra, an attorney for the Rice family, said he was unaware of the news regarding the lawsuit, and declined to comment.

In 2015, a Cuyahoga County grand jury declined to charge Cleveland Police Department officers Frank Garmback or Timothy Loehmann, who fired the shot that killed Rice. Both officers now face administrative charges that could result in suspension or termination.

Hilow represents both men, who remain on desk duty, but would like to return to active patrol.

In March, a police dispatcher was suspended eight days for failing to warn the officers a 911 caller had described the scene as probably a child with a fake gun.

(Writing and additional reporting by Timothy Mclaughlin in Chicago; Editing by David Gregorio)