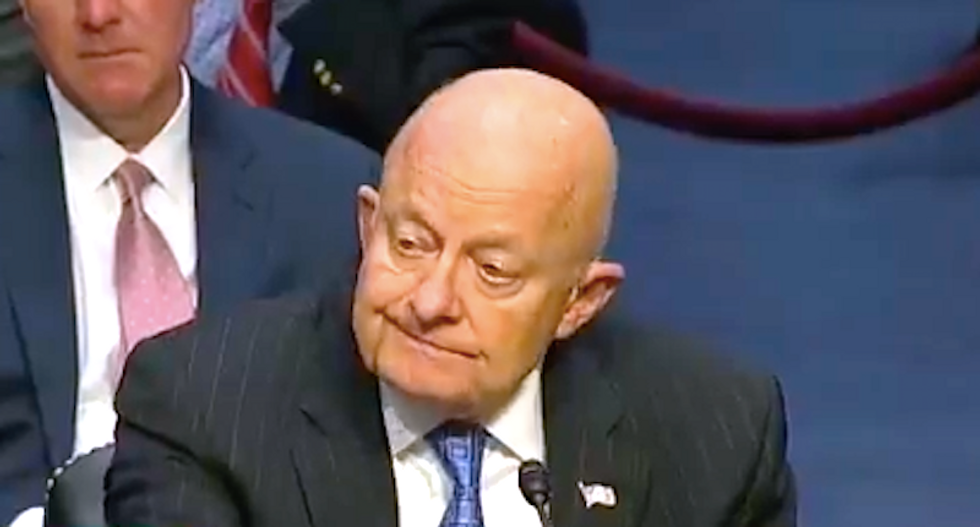 Sen. Dianne Feinstein (D-CA) asked Clapper and Sally Yates, the former acting attorney general, to confirm a Guardian report that revealed British intelligence first noticed the suspicious activity in late 2015, and other European allies passed on additional information to the U.S. over spring 2016.

Yates told the senator she couldn't answer, so Feinstein asked Clapper if the report was accurate.

Clapper told the Senate Intelligence Committee that the FBI opened an investigation into those ties in July 2016, which echoed previous congressional testimony by FBI director James Comey.

The former CIA director said he wasn't sure what intelligence agencies might have done with evidence cited in the Guardian report, but he said evidence dating back to 2015 showed Russian attempts to interfere with the U.S. presidential election.

"I'm not sure about the accuracy of the article, so clearly, actually, going back to 2015 there was evidence of Soviet -- excuse me, Freudian slip -- Russian activity mainly in information gathering-where or reconnoitering mode where they were investigating voter registration rolls and the like," Clapper said. "That activity started early, so we were monitoring this as it progressed and certainly as it picked up and accelerated in the spring, summer and fall of 2016."