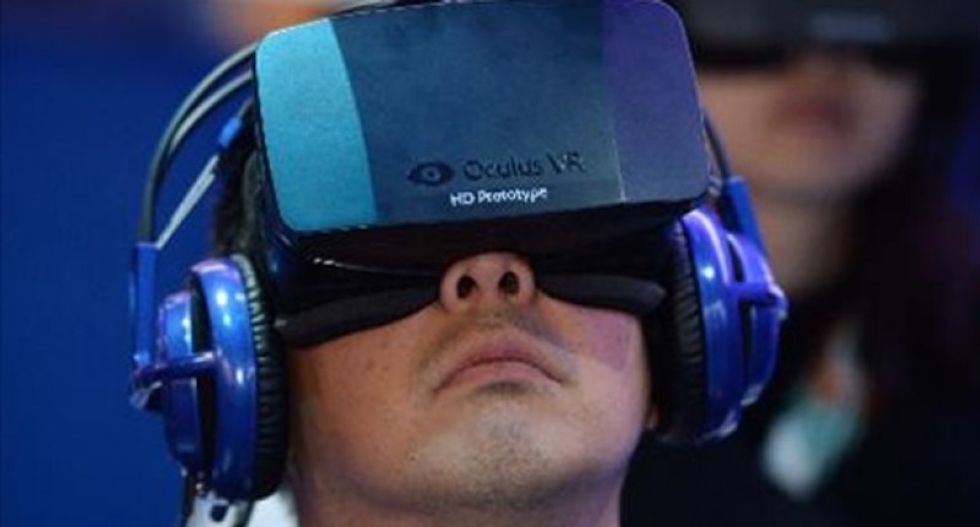 Facebook paid $3 billion to acquire Oculus and retain its employees in 2014. Chief Executive Officer Mark Zuckerberg said he believed the medium that offers a 360-degree panoramic view using headsets "will become a part of daily life for billions of people."

Oculus tapped talent from both Oscar-winning animation company Pixar and the video gaming world to head up Story Studio, which it launched in January 2015 at the Sundance Film Festival.

A jury found in ZeniMax's favor in February, awarding it $500 million. Oculus has asked for a new trial.

Vive, a unit of HTC Corp, and Sony Corp are also racing to bring virtual reality products to a mass audience.

Oculus debuted its first short film called "Lost" at Sundance two years ago, a story of an animated mechanical creature in a forest.

Last year, Story Studio won an Emmy for original interactive program for its short VR film "Henry," and at Sundance this year, it premiered "Dear Angelica," an illustrated film of a mother and daughter.

But internally, Oculus has undergone some changes in its management in the past year.

Brendan Iribe stepped down as CEO in December, saying he was going to head up the PC division of the VR company. In March, Oculus founder Palmer Luckey, who created the prototype Oculus headset, parted ways with Facebook.