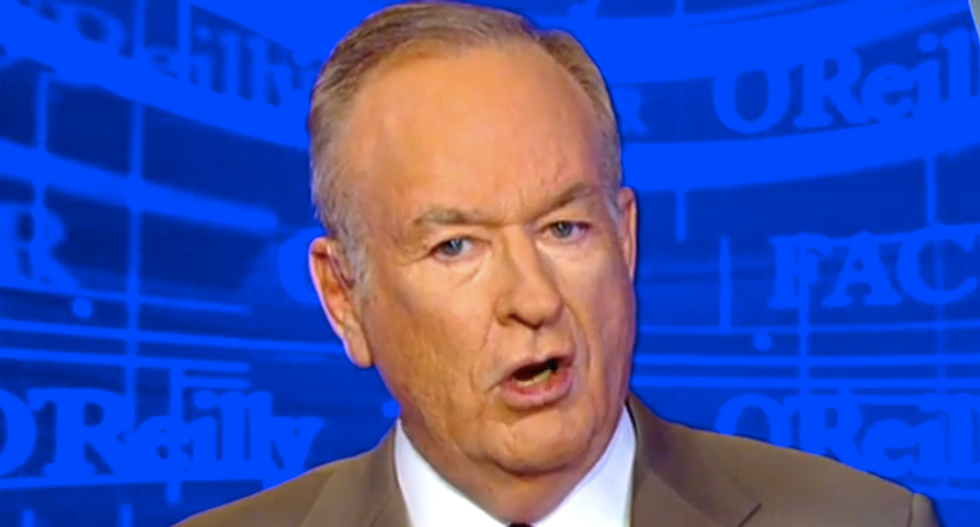 Ex-Fox News host Bill O'Reilly came to the defense of Donald Trump, saying the president was right about President Andrew Jackson possibly stopping the Civil War, despite have died years before it began.

In a recent interview with the Washington Examiner, Trump pondered why the Civil War couldn’t have been avoided while claiming that Jackson -- who was a slave owner -- had a "big heart" and could have stopped it. Trump's comments were met with derision from the media as well as historians.

O'Reilly, who is not a historian but authored "Lincoln's Last Days: The Shocking Assassination that Changed America Forever," had a different take on Twitter, lashing out at the media for attacking the president.

"President Trump is right about Andrew Jackson and the Civil War, the morons on cable news are wrong," O'Reilly tweeted.

O'Reilly used the tweet as a teaser to draw viewers to his online pay-per-view broadcasts that began last week following his dismissal  from Fox News after it was revealed the network paid out more than $13 million in sexual harassment claims.

A new survey shows Republicans are more likely than any other political group to reject the results of a losing election, and a veteran pollster expressed alarm at those findings.

The new poll conducted by Yahoo News and YouGov found just 43 percent of Republicans say political candidates who got fewer votes should concede their loss, compared to 74 percent of Democrats and 57 percent of independents, and Republican pollster Frank Luntz told MSNBC's "Morning Joe" those results were chilling.

Attorneys for former President Donald Trump have told a court that their client opposes the government's expedited appeal of a special master.

In a request to the 11th U.S. Circuit Court of Appeals on Friday, the Department of Justice (DOJ) asked for an expedicted appeal of the special master, who was appointed to review government documents seized from Trump's Mar-a-Lago estate.

On Monday, NBC News reported that the Supreme Court has denied a petition from MyPillow CEO and election conspiracy theorist Mike Lindell to review a lower court ruling that allowed a defamation lawsuit against him to move forward.

"The justices’ decision not to hear the case means a federal judge’s ruling in August 2021 that allowed the lawsuit to move forward remains in place," reported Lawrence Hurley. "Dominion sued Lindell and MyPillow in February 2021, claiming $1.3 billion in damages and alleging that Lindell purposely pushed the 'big lie' that Trump won the 2020 election."