'He revealed himself as the jackass': Morning Joe rips Trump for blowing Israeli spy's cover 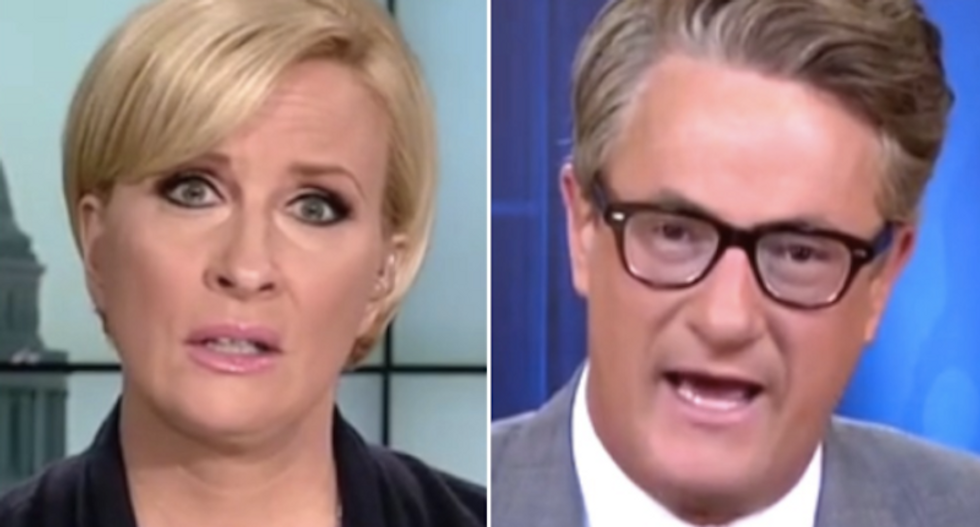 MSNBC's Joe Scarborough was gobsmacked by President Donald Trump's tacit admission that he blew an Israeli spy's cover during a meeting with senior Russian officials.

Reports about the incident suggested the classified intelligence came from an Israeli agent embedded within the Islamic State extremist group, but Trump seemed to confirm it had while speaking with reporters during a visit to the Middle Eastern nation.

The "Morning Joe" host said the president had just confessed to a crime he hadn't committed.

"If you are scoring at home and trying to divide the actions between malicious and plain-out stupid, you can put this on the stupid side," Scarborough said. "This is like running down to the police station saying, 'My wife's missing and it's not my gun that's at the bottom of the pond in the back of our house by her body,' and the police are like, 'Hold it one second, can we just -- we're going to cuff you to the radiator here. We need to go check your pond.'"

"(He's) admitting to something that nobody charged him of, and yet in so doing, revealed himself as the jackass that leaked top-secret Israeli intel," he added. "By the way, intel about somebody on the inside of a terror organization that killed 20 little girls and their mothers last night."