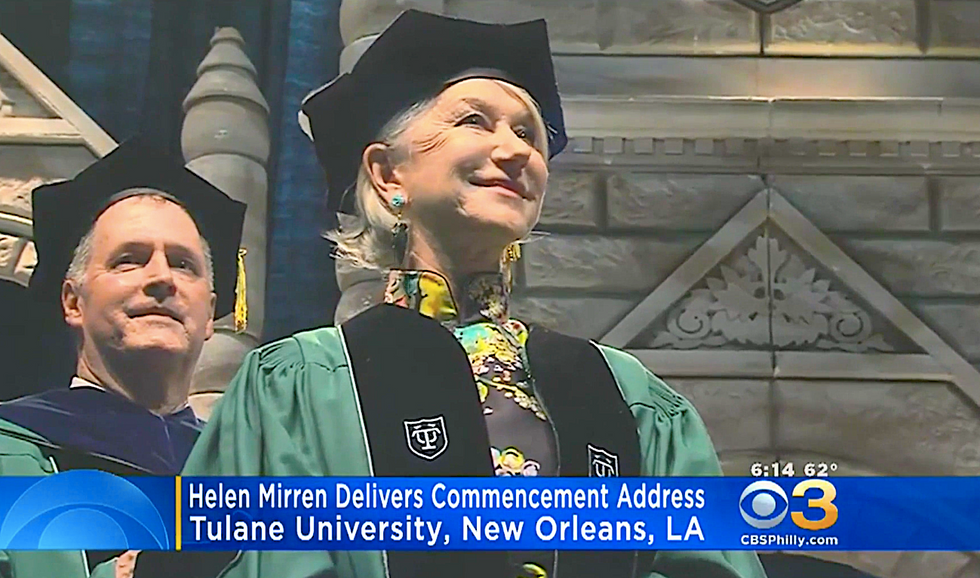 British stage and film actress Helen Mirren jabbed President Donald Trump during a commencement speech to the graduates of Tulane University in New Orleans this week.

As part of the address, Mirren shared a bit of life advice.

"I'm going to share a few rules that I've picked up during my life of disasters and triumphs," Mirren said. Among them were "Don't rush to marriage" and "Be a feminist, no matter who you are."

The one that got the most applause from the graduating class, however, was directed at Pres. Trump.

"Whether you’re in the French Quarter or the Oval Office, no good can ever come from tweeting at 3 a.m.,” she said.

Mirren is known for her wise, sometimes bawdy life advice. In a Christmas address on "The Graham Norton Show," she declared that 2016 had been a "big pile of sh*t."

She was a vocal supporter of Democratic presidential nominee Hillary Clinton during the 2016 election, urging "nasty women" to get out the vote and defeat now-Pres. Trump.