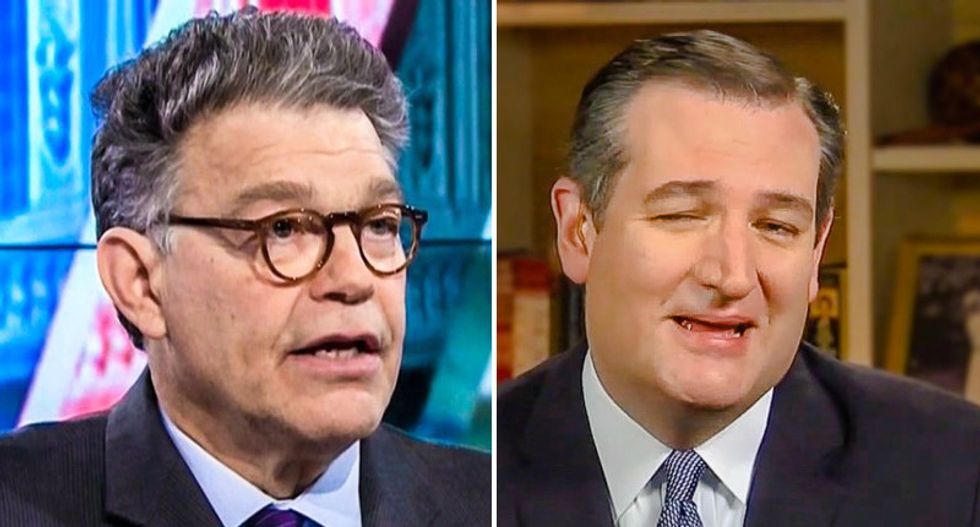 Senator Al Franken is said to return to his roots as a Saturday Night Live alum with a new book, set to be released next Tuesday.

Al Franken, Giant of the Senate is the latest literary endeavor for the second term senator. Previous Franken books have reached to top of bestseller lists.

According to Susan Page of USA Today, the entire chapter titled "Sophistry," is devoted to Senator Cruz and describes him as "singularly dishonest" and "exceptionally smarmy."

Franken, though, has his reasons for disparaging his Senate colleague.

“I have to say, he’s an exception to my rule, which is you basically have a rule that if you have a conversation with somebody and it makes them look bad — it’s a private conversation — you don’t repeat it,” Franken said. “But I made an exception with him because he broke that rule, he broke the protocol of the Senate. It wasn’t quite that rule, but he got up to speak and called Mitch McConnell a liar. And that was completely against protocol. So I make him an exception. So I don’t say bad stuff about my other colleagues.”

Franken isn't the only member of congress who has described Ted Cruz in such a way.