How could Pence lead the transition and not know Flynn was compromised? Maddow reacts to Yates testimony 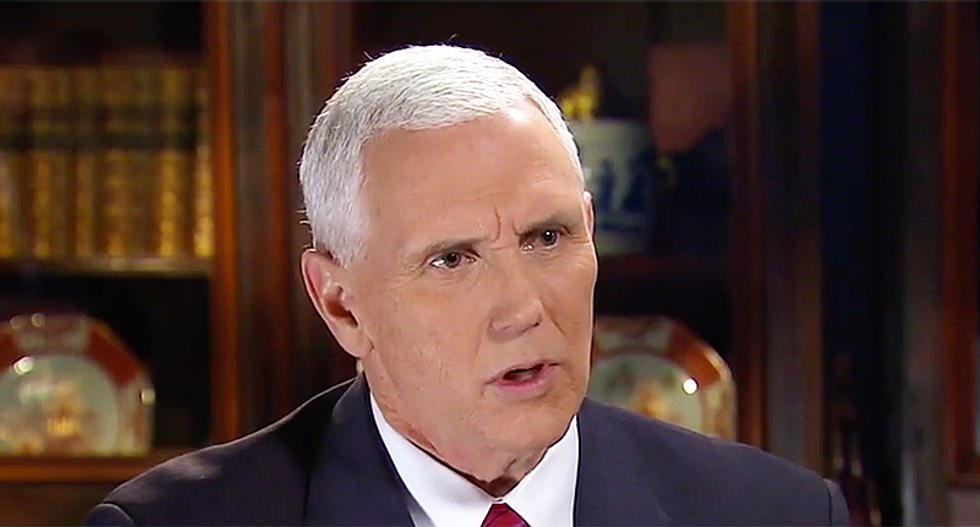 Yates, then acting attorney general, told the Senate Judiciary Committee that she warned the White House counsel twice that Mike Flynn, the national security adviser, appeared to have been compromised by Russia and vulnerable to blackmail.

The Trump administration fired Yates on Jan. 30, four days after first alerting the White House about Flynn, who stayed on as national security adviser for another 18 days.

"We had known before (Monday) that whatever happened with Mike Flynn, the White House has been telling a story about him that does not add up or make sense," Maddow said.

She turned her attention to the vice president, who replaced New Jersey Gov. Chris Christie as head of the presidential transition on Nov. 11.

"Vice President Mike Pence, he was the head of the transition when the transition was notified multiple times, including in person twice by Flynn's lawyers, and in writing by Congress, that Mike Flynn had taken foreign payments," Maddow said.

"Foreign payments were also the subject of multiple contemporaneous press reports," she continued. "NBC News reports that the Trump transition had direct knowledge of Mike Flynn's payments from foreign sources, but nevertheless, Vice President Mike Pence, head of the transition, he proclaims he was perfectly ignorant of that fact until weeks after Mike Flynn was fired."

According to the Trump administration, Flynn was forced to resign because he had misled Pence and other White House officials about his contacts with the Russian ambassador -- but Maddow said that stretched credibility.

She said Yates' testimony, along with multiple news reports over a period of months, suggested Pence and other administration officials should have known about Flynn's ties to Turkey and Russia despite public statements to the contrary.

"It is not good for the White House that they cannot come up with a story about Mike Flynn that has the benefit of being true," Maddow said. "That was a problem for them before (Monday), it became a much bigger problem for them after (Monday's hearing). Before (Monday), we knew that he had inexplicably waited 18 days after being warned about Mike Flynn before they fired him. (Monday), that delay became all the more inexplicable and even a little bit scary."