'I do my best not to listen to what he says': Ex-Rep. Joe Walsh offers strategy for continuing to back Trump 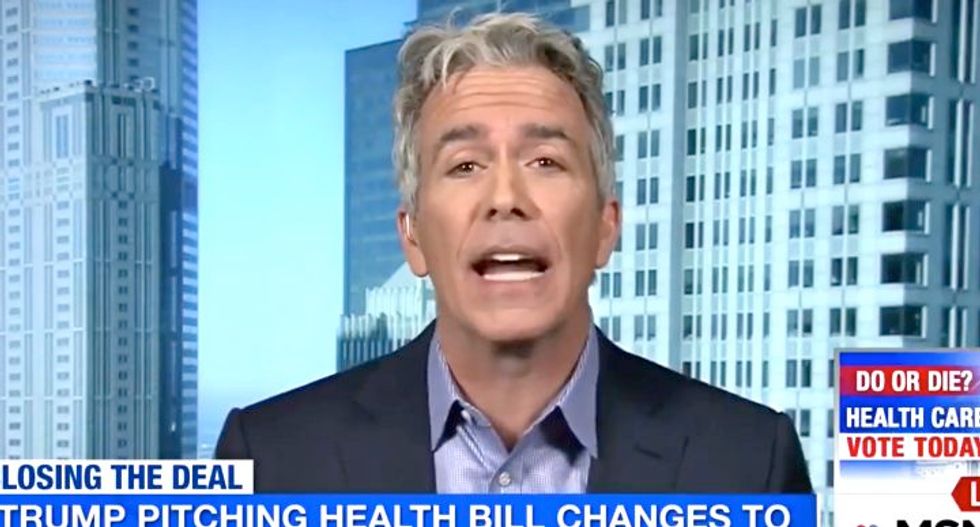 Appearing with host Katy Tur,  Walsh took up the topic of Trump stating he would be "honored" to meet with North Korean dictator Kim Jong-Un.

"As a Trump supporter I do my best not to listen to what he says," Walsh told Tur. "I'll tell you what, if I pulled my hair out for every nutty thing he said, I'd be bald. "

"Look, " he continued. "To say that you would be honored to meet with Kim Jong-Un is beyond offensive. And I'm sorry, everyone gives Sean Spicer a pass, he's got the most difficult job in the world -- that's an easy one to slap away. There is no way Trump should have said 'honored.'"

"Congressman, if you say you have to ignore most of what the president says, why are you still a Trump supporter?" Tur pressed.

"Katy, it's not an easy job," Walsh replied. "I try to focus on what he does, but I'll be the first to acknowledge, that, look, he makes it very difficult."

Joe Walsh: "As a Trump supporter I do my best not to listen to what he says." Me: Then why are you a supporter? https://t.co/XTKpYtG8cj