'I don’t know if they thought this through': Rural Trump voters 'stunned' by devastating budget cuts 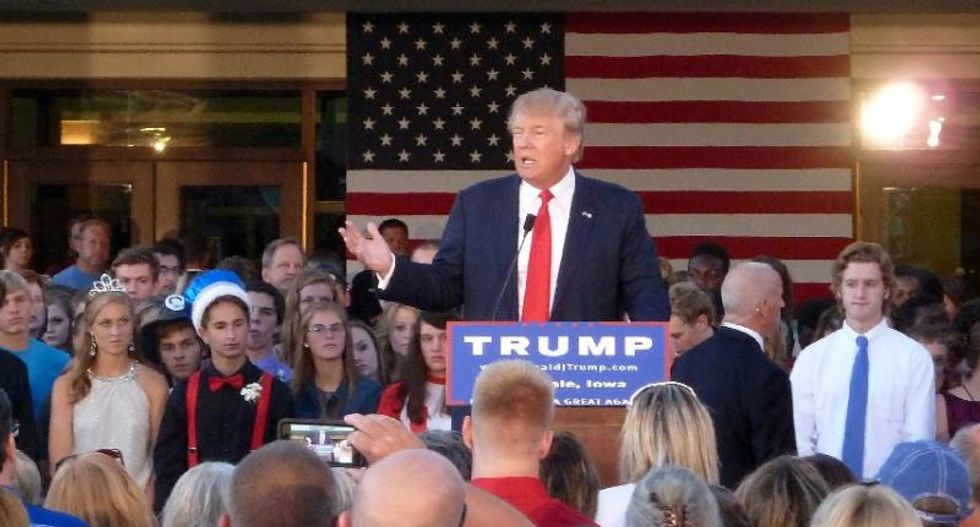 US Republican presidential frontrunner Donald Trump talks to students and other supporters at a high school in Urbandale, Iowa, on September 19, 2015 (AFP Photo/Michael Mathes)

129 days into Donald Trump's presidency, stories about his already-disillusioned voters seem almost cliche. But with a POLITICO report about how hard the president's new budget will hit rural areas that voted for him, that cliche proves right yet again.

According to POLITICO writer Lorraine Woellert, there's already been talk of exactly how much Trump's new budget will hurt rural communities by those that lead them.

"'I thought, ‘Oh my God, I don’t know if they really thought this through,'" Michael Williams, a self-described "fiscal conservative" and mayor of Union County, Tennessee, told POLITICO.

With Trump's budget cutting federal funding for many of the projects regions like Union County needs, the onus is, according to the language of the budget, on "state and local governments and the private sector to address community and economic development needs". The county where Williams is mayor has a median income of $37,000 and raises most of their budget through property taxes, and he told POLITICO that they'd have to increase property taxes substantially to pay for works the city needs.

"If federal dollars are lost," Woellert wrote, "it's not apparent that states and municipalities could pick up the slack."

In regions like Union County, municipalities rely on federally-funded programs like the Appalachian Regional Commission to provide grants for public works, such as one Williams requested to update one the county's school's septic and water systems. POLITICO reports that under the Trump budget, these sorts of programs won't exist anymore.

"The commission and a handful of others like it combine federal dollars with state, local and private money to boost economic development and job growth in the poorest regions of the country," Woellert wrote. "All these commissions would be eliminated under the Trump plan."

Trump famously ran on a jobs-creation platform that had residents in rural areas unduly hit by outsourcing and the recession lining up to vote for him.

"Rural America in particular — where Trump got more than 60 percent of the vote — is struggling with high unemployment, slow economic growth and tepid home price appreciation," Woellert wrote. "Three in four rural counties still haven’t fully recovered from the recession, according to the National Association of Counties."

According to the report, the release of Trump's budget sent a message to his suffering rural electorate: " they were on their own."

"People bought into Trump, particularly in these hardest-hit areas, on the idea that he’s going to create jobs,” Chris Estes, president of the National Housing Conference, told POLITICO. “This is not a budget for them.”