Legal expert: If 'bumbling stupidity' was a crime, Trump would already have been indicted 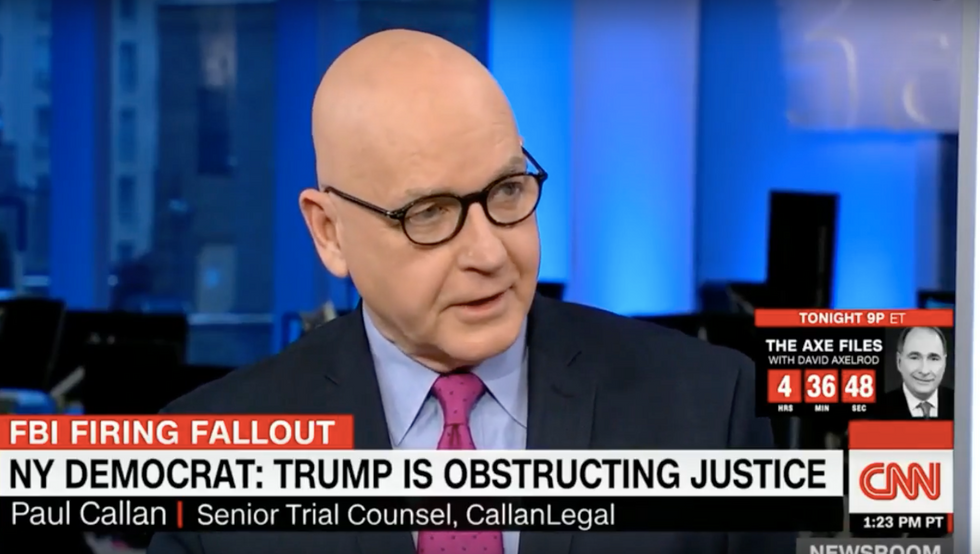 CNN legal analyst Paul Callan said on Saturday that President Donald Trump may or may not have obstructed justice by firing FBI Director James Comey, but that if "bumbling stupidity" was a crime, Trump would already be indicted by a grand jury.

Callan joined anchor Ana Cabrera Saturday evening to discuss U.S. Rep. Jerrold Nadler (D-NY)'s contention that there is a "very strong case" to be made that Pres. Trump is guilty of obstruction of justice for firing Comey during the investigation into whether or not Trump and his 2016 campaign colluded with Russia to say the 2016 election.

"Trump's version of the 'tapes' tweet is going to be, 'I'm just warning this person that he better not tell lies about me,'" Callan said. "I think that's what the president is trying to imply."

He went on, "I think the president could be indicted for bumbling stupidity for the way he's handling the firing of the FBI director, but I don't think there's enough to charge a crime at this point. Of course, he's immune to criminal charges while he's president of the United States. The only way the president can be processed criminally is by the filing of the Articles of Impeachment, and then after impeachment he can be prosecuted criminally."