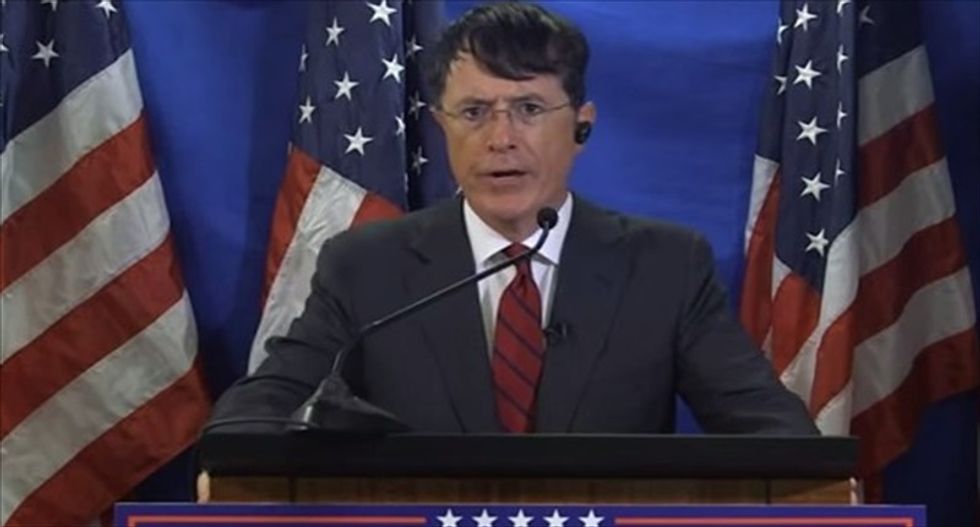 Late-night host Stephen Colbert had a rough start when the new "Late Show" began in 2015. Like "Tonight Show" host Jimmy Fallon, it seemed Colbert was trying not to offend anyone and his ratings tanked.

Now, as calls to #FireColbert echoed through the internet, Colbert had his best ratings night since his 2015 premier, beating the "Tonight Show." According to the Huffington Post, Colbert's ratings were up 19 percent from last Thursday night and an astonishing 32 percent from the same night in 2016. But last year, Colbert was stuck in a rut alienating Republicans who knew him for mocking them for years on Comedy Central. At the same time, he wasn't being tough on the GOP, so liberals turned to hosts like Seth Meyers, who has been doing Jon Stewart-level dives into politics and policy.

Instead of going full-Fallon, nixing politics or attempting to appeal to a broader demographic, Colbert went another route: he doubled down on anti-GOP comments. Those who can't stand President Donald Trump and desperately want to see a late-night comedian take the GOP to task came back home to Colbert. By letting Colbert be Colbert, CBS has scored major ratings particularly among the Millennial generation, which leads to increased ad revenue.