Morning Joe nails GOP rush on health care: 'They’ve got to pass it' before everyone sees how bad it is 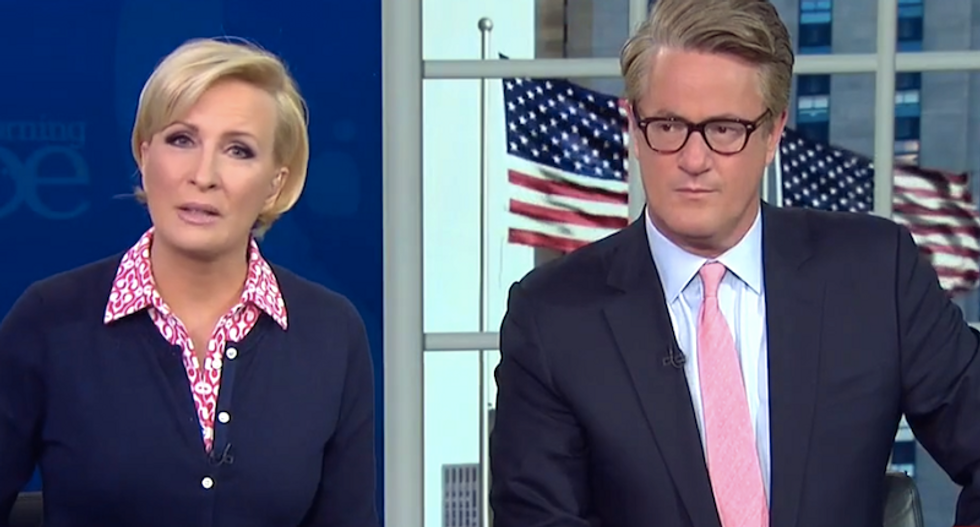 MSNBC's Joe Scarborough doesn't understand why Republicans are backing the Obamacare replacement bill, but he gets why they're in such a rush to vote on it.

House Republicans have scheduled a vote for Thursday, although it's not certain to pass, and many lawmakers have not reviewed last-minute revisions intended to draw support from GOP moderates but could leave millions of Americans with pre-existing medical conditions unable to afford health coverage.

"They've got to pass it (Thursday) or else find out how bad the bill is if they actually read it, and then their constituents won't let them pass the bill," said Scarborough, a former GOP lawmaker. "That is political day trading, and it's stupid and short-shortsighted. It's never going to pass the Senate."

Panelist Mark Halperin said Republicans had campaigned against the Affordable Health Care Act since its passage seven years ago, but Scarborough said the current bill was political poison.

"Your statement they want to go back to the district and say they repealed Obamacare is not something they'll be able to say, because the senators are going to look at this and say, 'Are you kidding me? What's wrong with your people?'" Scarborough said.

Steve Rattner, "Morning Joe" economic analyst and a former U.S. Treasury advisor, broke down the financial impact of the bill for Americans with a variety of pre-existing conditions.

"This is a worse bill for the average American than the bill that was scored by the (Congressional Budget Office), so we know how ugly it is -- and yet they are voting for it," said Rattner, who then showed data similar to figures from his widely shared tweet.

"If you're terribly ill with metastatic cancer, your premiums could go up $140,000, simply pregnant, up $17,000 -- it's a pre-existing condition," Rattner said, as co-host Mika Brzezinski giggled mirthlessly. "They could charge you more if you show up pregnant and want health insurance. If you have asthma and want health insurance, they can charge more. This is what consumers may be facing."