Morning Joe panel hints Flynn turned on Pence: ‘He had a story to tell — he’s now starting to tell that story’ 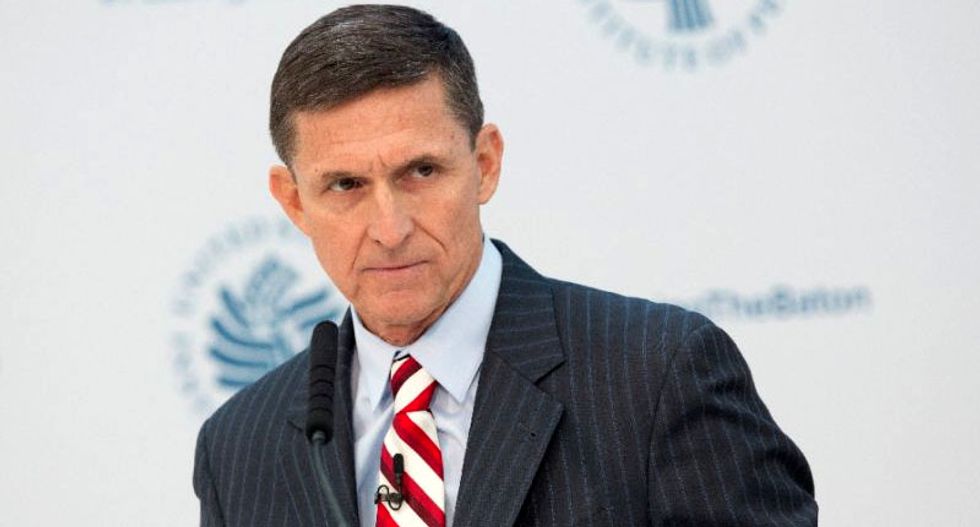 A "Morning Joe" panel hinted that Mike Flynn was behind the revelation of several bombshell reports Wednesday that showed the transition team was aware of his foreign contacts and hired him anyway as national security adviser.

Once named to that position, Flynn reportedly killed a planned military action against ISIS at the behest of Turkey and discussed with Russian ambassador Sergey Kislyak setting up a back-channel network for President Donald Trump to communicate with Vladimir Putin.

Host Joe Scarborough said Vice President Mike Pence, who had been head of the transition team, should have been aware of Flynn's problems and certainly knew the president had decided to fire the FBI director for probing his ties to Russia.

Karen Tumulty, a Washington Post political correspondent, also pointed out Pence had been present in the Oval Office just before Trump asked James Comey to drop the investigation of Flynn.

"This is a bad story for Pence, either way," said John Heilemann, managing editor of Bloomberg Politics and MSNBC political analyst. "Either he knew and is lying or he did not know and was wildly incompetent. Either way, not a great story for him. By the way, it seems to me the import of this story is that Michael Flynn's lawyer came out a couple of months ago and said that Mike Flynn had a story to tell -- he's now starting to tell that story."

Heilemann suggested that Flynn was leaking the reports in hopes of getting the immunity he had sought.

"If this is the thing that he's leaking, and there are other things that he's still holding to offer in exchange for immunity, that means this isn't even the worst of it -- that means he's got more things to say," Heilemann added.

Sam Stein, the senior politics editor for Huffington Post, said the Trump transition team had ignored a series of obvious red flags to name Flynn national security adviser, and both Scarborough and co-host Mika Brzezinski agreed that's because the president felt comfortable around him.

"I can tell you first-hand, everybody on that transition team spoke of Michael Flynn as if he were Dwight Eisenhower on June 6, 1944," Scarborough said. "He was the greatest guy, he was a calming influence -- that was the one selection that Donald Trump and Jared Kushner would never be moved off of."

Brzezinksi said the transition team was warned against Flynn, but they ignored those warnings and placed him in charge of national security.

"Scores of people saying, 'Mr. President, do not appoint this man,'" Scarborough said. "'It's the most important position, he's wildly unstable, it would be a terrible mistake.' He and Jared Kushner heard that repeatedly every day and didn't give a damn."