Morning Joe: 'The messaging and the morality of the GOP health care bill are deplorable' 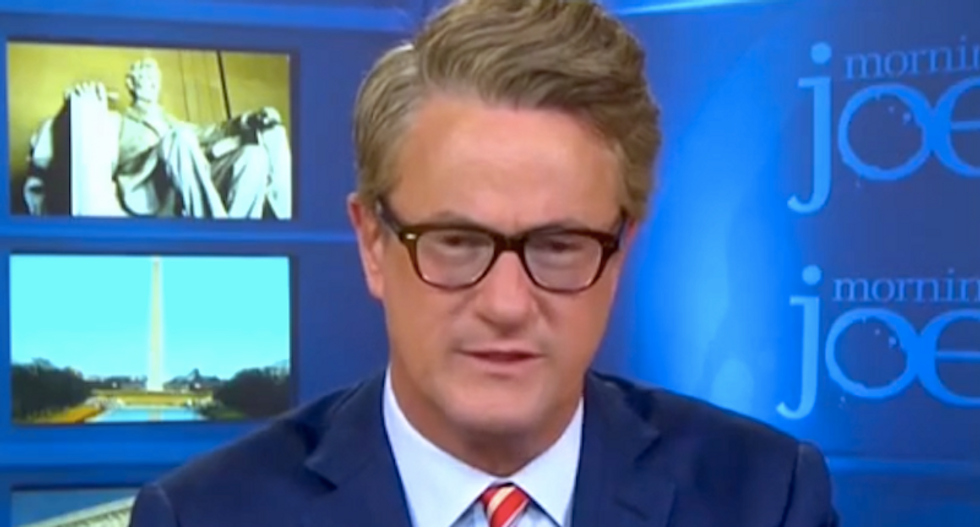 MSNBC's Joe Scarborough was disgusted by House Republicans who voted for a bill they hadn't even read that could strip health care for millions and then celebrated in the Rose Garden with President Donald Trump.

The "Morning Joe" host took a break from blasting Republican lawmakers on his TV show to tweet out strong criticism of the legislation, how it was passed and their reaction to its narrow passage.

Co-host Mika Brzezinski compared the White House victory party to a "golf course ribbon-cutting," and Scarborough said it was a "country club with restrictive membership.

"Obviously, you have to be white and a male to be there," he said.

Then he ripped GOP lawmakers for going along with a possibly doomed bill that served little purpose but to hand President Donald Trump something like a legislative victory.

"You can look at every one of those Republican leaders that were in Donald Trump's background shot, serving as his stand-up that -- basically his stand-ups for a prop -- and every single one of those men -- I just say men because," Scarborough said, before Brzezinski cut in.

"There's a woman there, but she has her head down, smartly," Brzezinski said. "She actually has a brain, she knows this is bad."

"Every one of those men standing by, I guarantee you, at one point, said, if you're a conservative, you need to get a Congressional Budget Office score," Scarborough continued. "You need to know how much a bill costs, you need to know the impact of the bill, you have to actually read the bill."

He said the vote was intended only to set up a photo opportunity for Trump -- but he said the consequences could be literally fatal for many Americans.