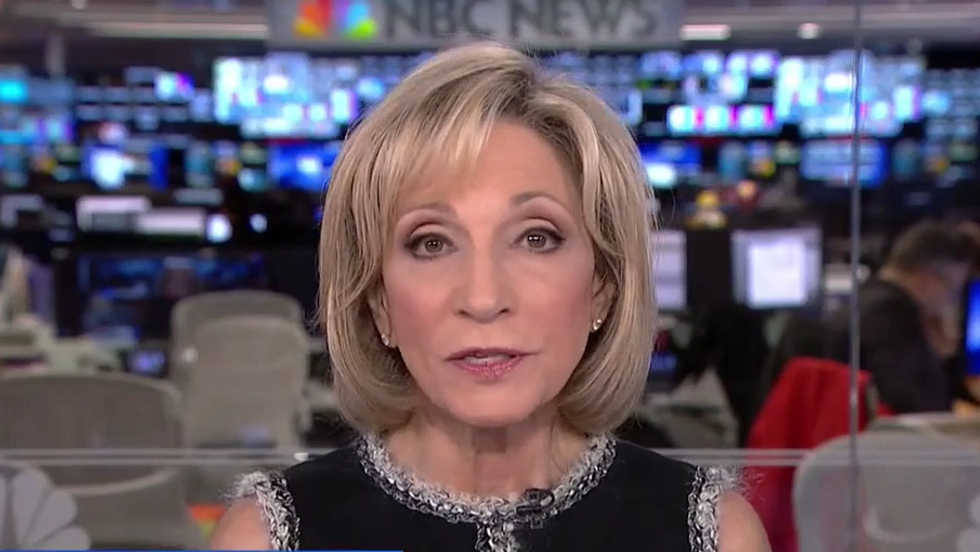 President Donald Trump drew widespread criticism from foreign policy experts on Thursday when he delivered a speech at NATO headquarters in which he slammed our allies for not spending enough on defense, while also neglecting to endorse Article 5, which outlines the principles of collective defense.

MSNBC's Andrea Mitchell reacted to Trump's speech with shock by noting that Trump showed obvious contempt for our allies in Europe -- and she said she had a hard time watching him.

"This was, by all accounts, watching it, just painful to watch," she said. "This was his debut at NATO and they were really angry."

NBC News reporter Kelly O'Donnell noted that stark contrast between how graciously Trump behaved during his stay in Saudi Arabia versus how he behaved while in Brussels.

"When we were in Saudi Arabia... the president was very clear in saying that America's job is not to lecture the world," she pointed out. "And yet here, in this setting, President Trump really scolded the member nations that have not paid the proportion that they have agreed to."

Mitchell also noted that NATO's Article 5 has only been invoked once -- when all NATO nations came together to help the United States retaliate after the 9/11 terrorist attacks.