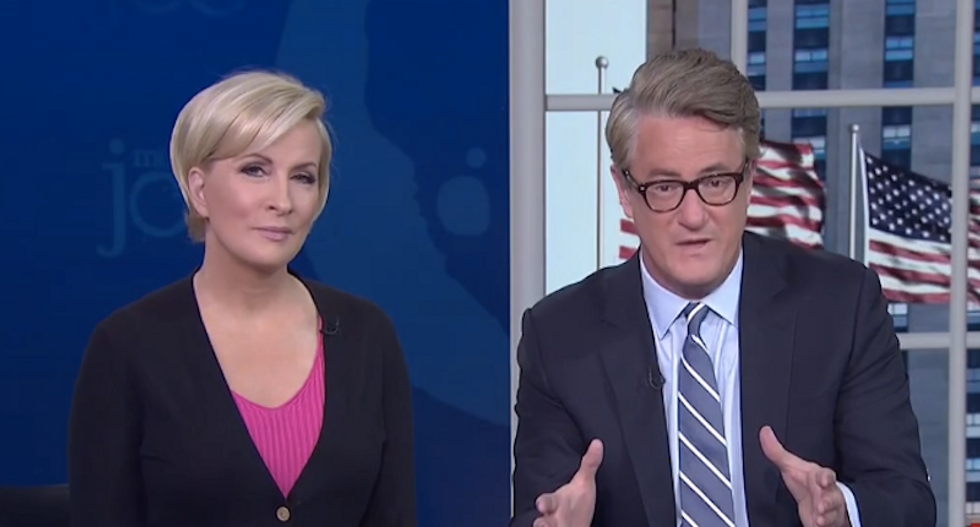 MSNBC's Joe Scarborough said House Republicans had made fools of themselves by voting for a deeply flawed health care bill and then lied about its contents.

The "Morning Joe" host said the American Health Care Act had handed Democrats an easy line of attack for the midterm elections, because the bill cuts more than $800 billion from Medicaid and hands those savings to the wealthiest Americans in the form of tax cuts.

"Republicans, as we have been warning from the start, you have just played into the Democrats' hands, because you had a day trader who was trying to get a rally in the Rose Garden," Scarborough said. "He got his rally, now you've got a hell of a fight on your hands, or else Nancy Pelosi is going to be Speaker of the House. I hope it was worth it for you, because it was a really stupid move."

Scarborough hammered GOP lawmakers for rushing the bill through without a Congressional Budget Office review of its costs and impact, and then misleading the public about what little was known about the measure.

"That's what we made fun of Nancy Pelosi for seven, eight years now," he added. "You look stupid, and you did it all because the guy at the other end of Pennsylvania Avenue wanted a press conference. It was worth it for him, but you just made your life more difficult."