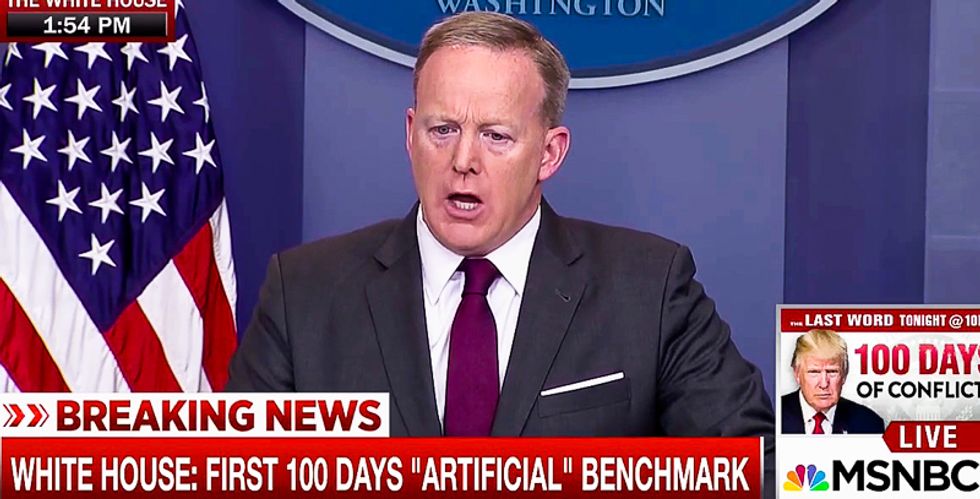 After one reporter asked Spicer if "people should be concerned that the president posted somewhat of an incoherent tweet last night," Spicer simply replied, "No."

The reporter then asked Spicer why the misspelled tweet stayed up for so long.

"The president and a small group of people know exactly what he meant," Spicer replied, which elicited laughter throughout the room.

Reporters then tried to ask Spicer what "covfefe" actually means, but he quickly moved on to another question.

Trump's original tweet, which was sent out shortly after midnight on Wednesday morning, simply read, "Despite the constant negative press covfefe." It was left up for around six hours after that before finally being removed.

Listen to Spicer's exchange with reporters below.