Suspect in stabbing that left two dead after anti-Muslim rant in Portland is a well-known white supremacist: report 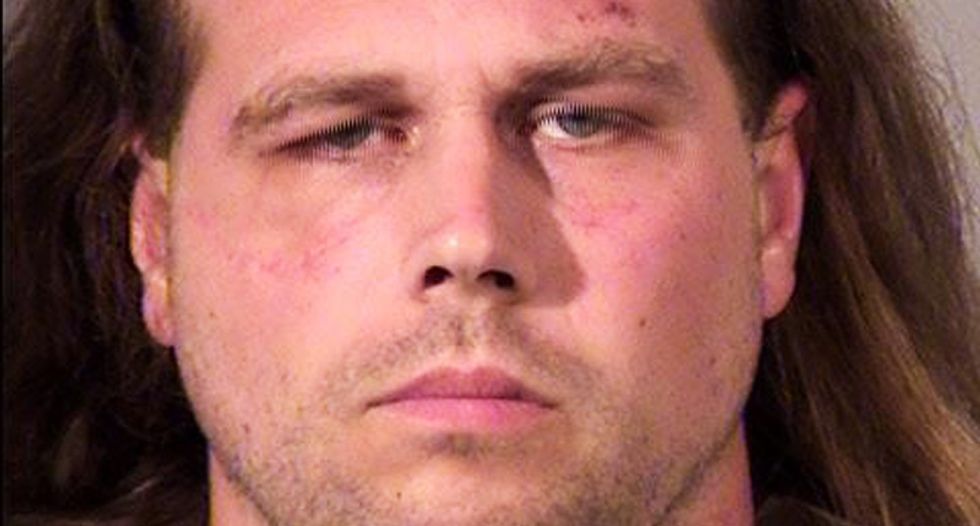 Authorites have identified the man who is accused of stabbing two men to death on Friday at a Portland transit center as a well-known white supremacist who has had run-ins with the police previously, reports the Portland Mercury.

Jeremy Christian, 35, was identified and booked early Saturday morning on two aggravated murder charges, an attempted murder charge, and two hate crime charges, as well as being a felon in possession of a restricted weapon.

Police reportedly responded to a call on Friday about a man abusing two Muslim women and "two of the victims attempted to intervene with the suspect and calm him down. The suspect attacked the men, stabbing three, before leaving the train."

One of the men Christian allegedly stabbed died at the scene, with another one dying later after being rushed to the hospital.

According to Portland Mercury, Christian is no stranger to authorities and on April 29 was stopped by police after he showed up at a  right-wing "March for Free Speech" with a baseball bat and attempted to assault left-wing protesters.

Police did not take Christian into custody at that time, stating that he had a head injury and was mentally ill.

The Mercury also dug up photos of Christian marching in the street wearing an American flag as a cape and included a video of Christian that can be seen below.

The Mercury also reports that Christian has a criminal record going back to 2002, when he was convicted of first-degree robbery and second-degree kidnapping, in addition to a conviction for using a dangerous weapon from 2002.