'The Germans are bad, very bad': Trump pledges to 'stop' German car sales to US 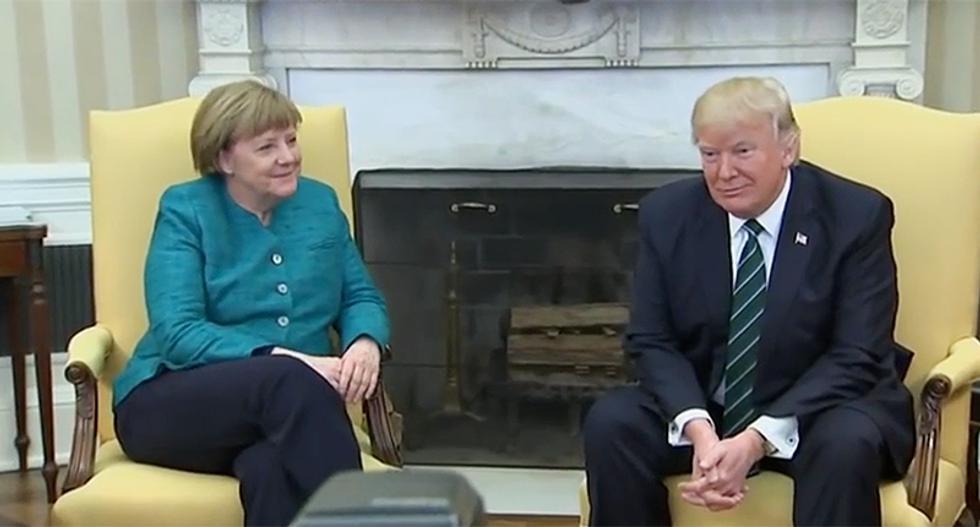 President Donald Trump is ready to fight Germany in an auto battle according to Germany's Der Spiegel.

Trump got a chilly reception at the NATO summit in Belgium after attacking fellow members. But he was caught pledging a battle with German automakers as part of his anger with "back dues" he feels the country owes to NATO. As CNN's Jake Tapper noted Thursday, "Trump seems to think it's like a country club."

In a discussion about the country's trade surplus, Trump said. "The Germans are evil, very evil."

"Look at the millions of cars they sell in the US, and we'll stop that," sources told Der Spiegel.

According to the report, EU Commissioner Jean-Claude Juncker took up for Germany explaining that "free trade is good for all."

According to a report from the "Süddeutsche Zeitung," the EU allies were horrified by the willingness of the Americans to view global trade with such a lack of awareness. Trump's economic consultant Gary Cohn was said to have chided German auto trade during a discussion between the US and Germany and the USA and Belgium. Trump had previously attacked them during another conversation.

"I would say to BMW if they want to build a factory in Mexico and sell cars to the US without a 35 percent tax, they can forget that," Trump said at the time.

The report revealed that since that comment, there has been "a threat of a criminal tax" in the room.

Trump is bothered by Germany's trade surplus because many other countries have deficits, particularly the U.S.