'The Russians also knew': Sally Yates confirms she warned White House that Flynn could be blackmailed 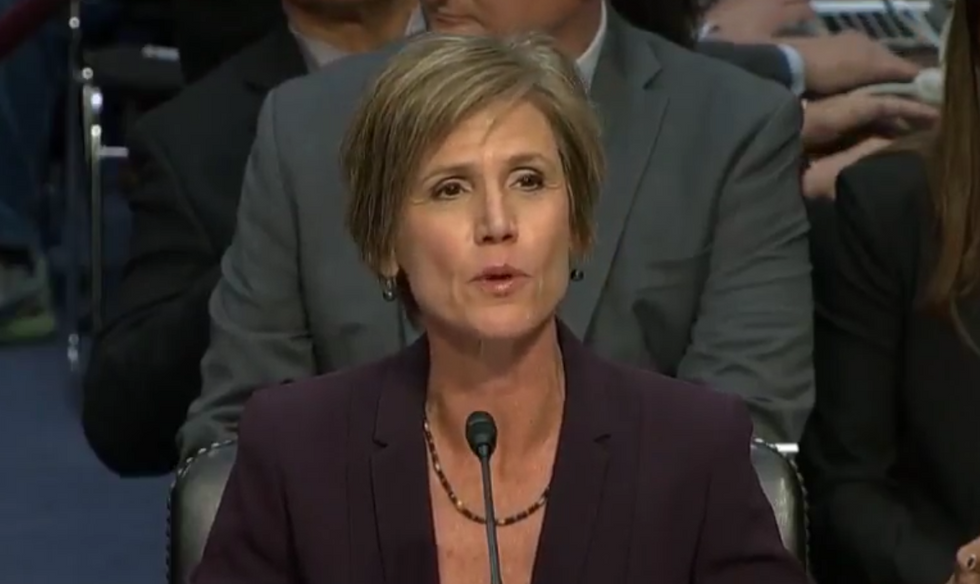 During testimony in front of the Senate Intelligence Committee on Monday, former acting Attorney General Sally Yates said she had two in-person meetings and one phone call where she warned Trump administration officials about former National Security Adviser Michael Flynn.

Yates said she first requested the meetings to sound the alarms about Flynn after she saw public statements by Vice President Mike Pence about Flynn's conversations with Russian government officials that she knew not to be true.

"We told them how we had this information, how we acquired it, how we knew it to be untrue," said Yates, who says she spoke directly to the White House Counsel about this information.

Yates said that she told White House officials that Pence deserved to know that Flynn had not been truthful about his communications with Russian officials.

"We weren't the only ones who knew all of this," Yates said. "The Russians also knew what Gen. Flynn had done."

According to Yates, this meant the Russian government could have held this information over Flynn's head as a form of blackmail.

"To state the obvious, you don't want your national security adviser compromised by the Russians," Yates said.

Despite this revelation, however, the Trump administration did not fire Flynn for more than two weeks when details of his talks with Russian officials leaked to the Washington Post.

Watch video of Yates' testimony below.