'Literally farcical': Trump's claim he was told he wasn't under investigation slammed by Comey loyalists 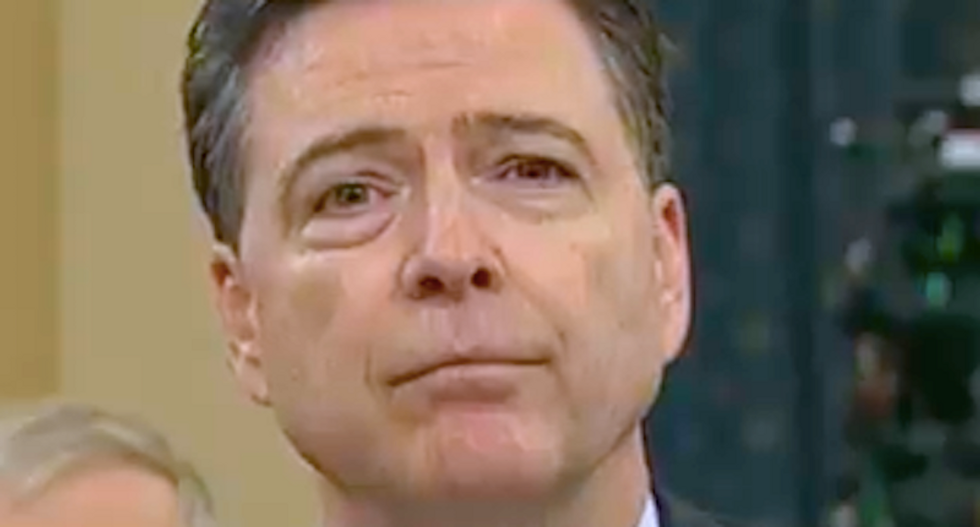 President Donald Trump thanked James Comey for notifying him three times that he was not under FBI investigation, but associates of the ousted FBI director said that simply was not true.

“That is literally farcical,” said one associate.

The White House claimed that Comey had lost the trust of rank-and-file FBI agents, but many have told reporters the mood inside the agency is somber after the director's firing.

“Most people like him,” one New York staffer told the Journal. “He was protective of the agency.”

Another top agent told the newspaper the president's decision could harm the investigative agency.

“This is crazy,” the agent said. “We will keep working, obviously, but this could do some real damage. It is good to know the director has your back and is not going to fold under pressure.”

At least a dozen agents changed their Facebook profile pictures to show photos of themselves with Comey, and some agents are pessimistic about his eventual replacement, reported The Daily Beast.

“The real impact will be the distrust of the agency under the leadership of the new director,” one agent said. “No matter who gets the job, there will be a cloud of suspicion because the president is unpopular with much of the population. That bad faith will make it harder to do my job.”

Another agent struck a bleak tone.

“Who cares, nothing matters, no one knows anything, everything sucks,” the agent said.