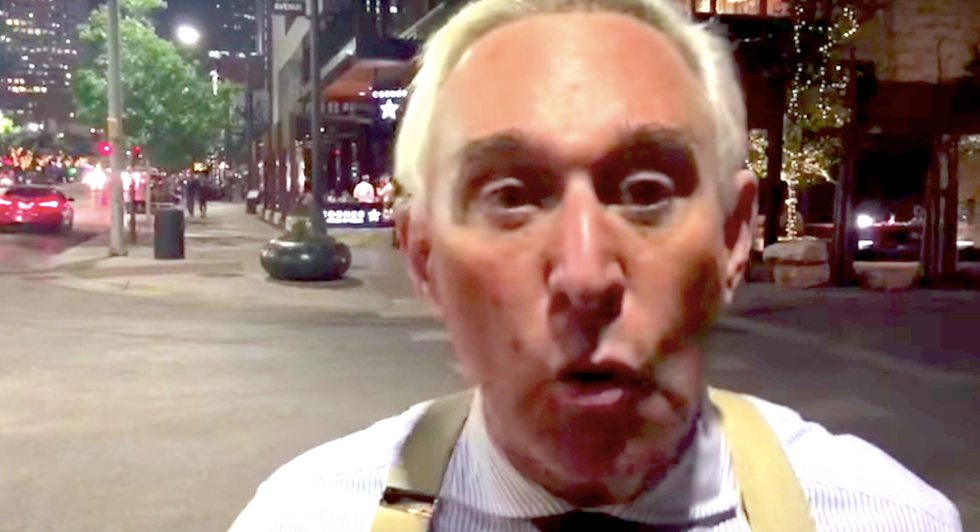 The whispers are growing louder that President Donald Trump may be suffering some sort of mental decline and cognitive impairment -- and his longtime pal Roger Stone thinks it's a conspiracy.

MSNBC's Joe Scarborough, who has known the president for years, has been suggesting on air that Trump is suffering from mental decline and possibly even dementia.

The "Morning Joe" host and others -- including the bloggers Duncan "Atrios" Black and David Pakman -- have compared Trump's recent statements with his past comments, which they've cited as evidence the president may be in the early stages of Alzheimer's disease.

Lawmakers have already explored options for removing a president who's unfit for office, and dozens of top psychiatrists recently warned Trump suffered from a "dangerous mental illness."

The firing of FBI director James Comey -- and his public statements about the dismissal -- has some congressional Republicans reportedly worried about Trump's "frame of mind."

Trump has a family history of Alzheimer's disease, and at 70 years old is the oldest president to take office -- and a recent analysis found he showed some symptoms of age-related cognitive impairment.

Stone, who has known the president for decades and claims to remain in close contact, told InfoWars founder Alex Jones the concerns about Trump's mental state were part of a plot to remove him from the White House, reported Mediaite.

“They are going to claim that Donald Trump has Alzheimers … and that is the source of his insanity,” Stone told Jones.

The Republican "dirty trickster" told Jones he'd spoken to the president "fairly recently" and found "no evidence" of mental decline.

"This is completely bogus," he said.

He theorized the rumors were circulated to give Congress the pretext to invoke the 25th Amendment and remove Trump from office.

“They could not beat him at the ballot box,” Stone said. “So now they seek to remove him by claiming that he is insane.”