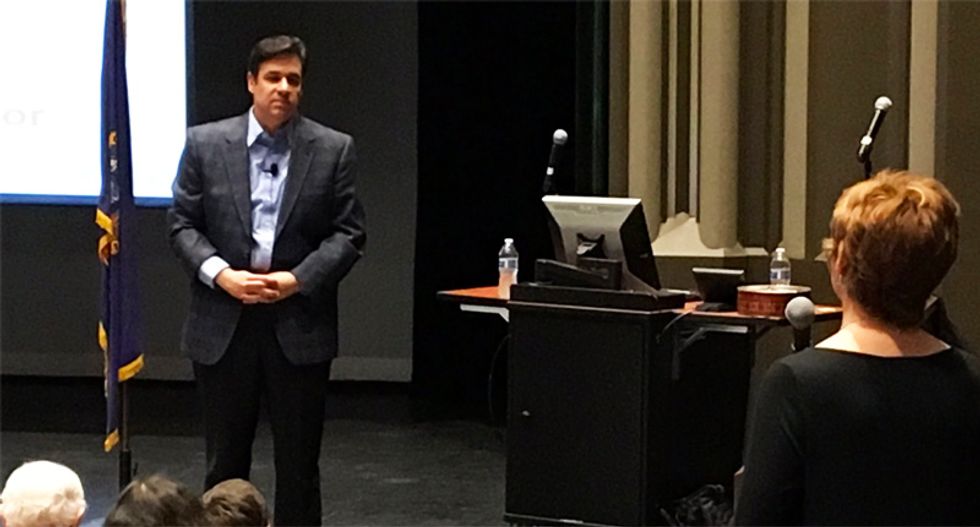 Voters attending a packed town hall in Idaho booed and shouted down their Republican congressman after he attempted to defend the House passing a replacement for Obamacare by telling the crowd "no one' in the US dies from lack of health care.

Appearing less than 24 hours after the GOP-dominated House of Representatives passed the American Health Care Act (AHCA), Rep. Raul Labrador (R-ID) was on the receiving end of complaints from the audience and at one time admonished them to stop being rude, reports the Idaho Statesman.

At the town hall at Lewis-Clark State College in Lewiston, Idaho, Labrador was confronted by a woman who told the lawmaker that she feared the loss of health care protection under Medicaid would result in deaths.

“That line is so indefensible,” Labrador said. “Nobody dies because they don’t have access to health care.”

Labrador's comment was immediately shouted down by the crowd.

Being booed at town halls is not something new for Labrador who received similar treatment in April when he told a town hall audience that he doesn't believe health care is a "basic human right."