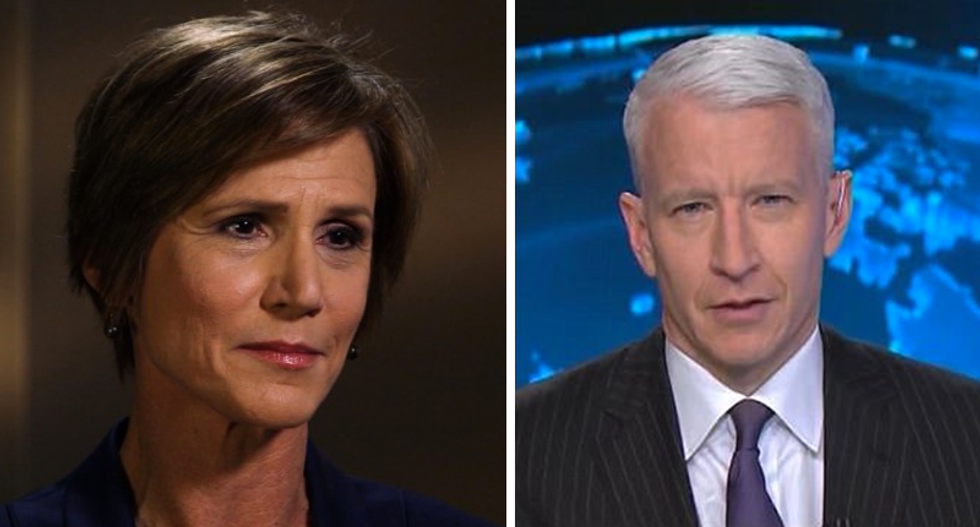 CNN's Anderson Cooper is sitting down with former acting attorney general Sally Yates Tuesday to discuss many of the allegations levied against her by President Donald Trump in the last several months.

In a teaser of the interview, Yates said that “the Russians had real leverage” against former National Security adviser retired Lt. Gen. Michael Flynn.

“This was a serious compromise situation,” Yates told Cooper. She added “the Russians had real leverage” against the president’s top adviser.

“I oftentimes would get intel reports that included the name of the U.S. person,” Yates said. “Not because I or anybody else had asked for it to be unmasked, but because that intelligence only made sense if you knew who the identity of the U.S. person was, and that’s an exception to the minimization requirements.”

Watch the interview live below: