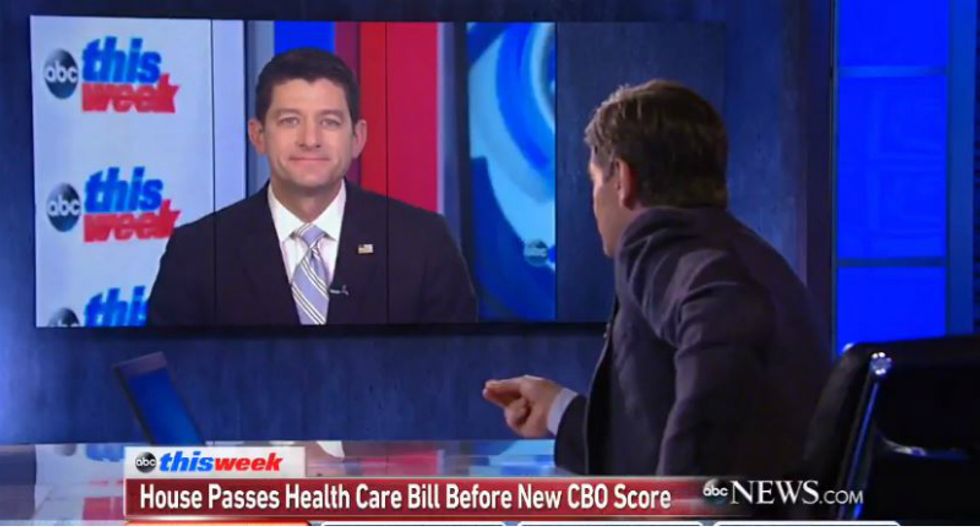 "We've got two CBO scores," Ryan asserted. "And the most recent CBO score showed that we're perfectly in compliance with the Senate budget rules, which is what matters here."

When the GOP first tried to pass their Affordable Care Act repeal, the bill's abysmal CBO score was one of the main reasons it was opposed on both sides of the aisle. The bill's second iteration, which just passed the House and is moving to the Senate, has not yet been scored by the CBO -- but according to Ryan, the score from the first can be applied to the second because the only major changes come in a three-page amendment to the first.

"The final version was an amendment that was three pages long," Ryan said. "It takes you 30 seconds to read."

Ryan's assertion that "the bill's been online for two months" is also an admission that the ACA repeal the House passed last week is essentially the same as the unpopular first iteration that drew ire from both Democrats and Republicans alike, ultimately leading to its downfall six weeks ago.

Watch Ryan and Stephanopoulos' exchange below, via ABC.