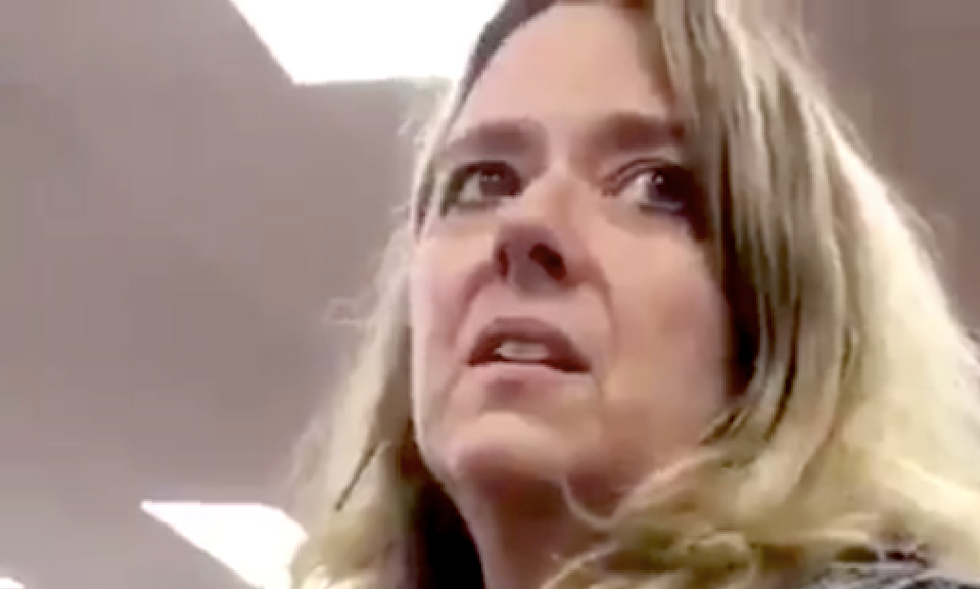 On Sunday, freelance journalist and contributor to Mother Jones, the Daily Beast and New York magazine Yashar Ali posted a disturbing video captured by a Muslim woman who was cruelly harassed by a blonde woman in line at a Trader Joe's store in Reston, VA.

"Muslim woman harassed while standing in line at a #TraderJoes in Reston, Virginia. If you know the harasser, please DM me.," Ali wrote.

As the video begins, the confrontation is already underway. A blonde woman in jeans and a gray cardigan sweater accused the Muslim woman of "playing dumb" and said, "I've got it."

"I shouldn't have let you in front of me," said the woman filming.

"I wish they didn't let you in the country," snapped the harasser.

"Excuse me? I was born here," replied the Muslim woman.

"Oh, you were?" the blonde woman said. "Obama's not in office anymore. We don't have a Muslim in there anymore. He's gone, he's gone. He may be in jail, too."

"You look a little crazy," the woman filming said. "Maybe you need to get some help."

"Oh, I'm fine," the other woman replied as the woman filming explained that it's not normal to strike up hateful conversations with strangers in line at the grocery store.

This is another instance of a Trump-supporter caught on video being aggressively rude and confrontational with a Muslim person or a person of color. Last November a woman was filmed going on a racist tirade in a Michael's craft shop. In Atlanta, a Muslim woman was harassed by a Columbus, GA man named Robert Koehler.

Hate crimes and acts of violence against Americans of color and immigrants have spiked since the election of Donald Trump, including the murder of an Indian engineer in Olathe, KS.