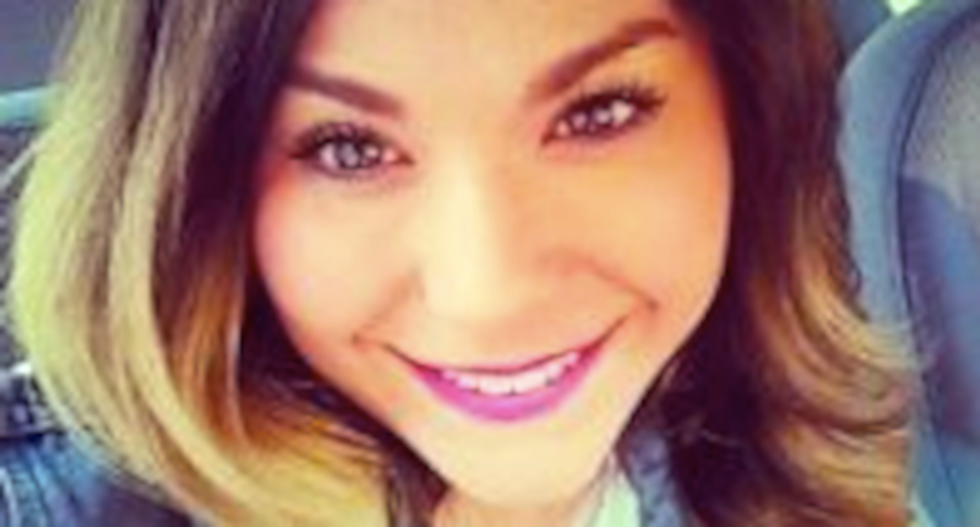 A Chicago woman whose racist rant against black employees went viral was caught on video in another incident berating coffee shop workers.

The woman, who has been identified by social media users as Jennifer Boyle, made national news Monday after she told employees at a Michael's arts and craft store that she had voted for Donald Trump to justify her demand for special treatment.

A cashier charged her $1 for a reusable bag that Boyle demanded for free, and she called the black employees "animals" and accused them of discrimination in the widely shared video shot by another customer.

Boyle's now-deleted LinkedIn profile shows she attended DePaul University and worked as a ‎human resources business partner at Sinai Health System, but the company said on Facebook that she had stopped working there prior to the Michael's incident.

A commenter on the Chicagoist website claims to have worked with Boyle, who the writer claims was "batsh*t, racist, crazy."

"She is just as nuts in person as this video depicts," writes the commenter, Youth_Twitter. "From a legal perspective, I am not sure what I am or am not allowed to say; but I will leave it at this. EVERYONE was happy when they found out she was no longer welcome back."

It's not clear when or why Boyle stopped working for Sinai Health System, or whether she is currently employed elsewhere.

"When I worked at Sinai, I was her conduit for all of her mental anguish. On my last day, I warned everyone that was at my going away outing to be careful around her and that she was mentally unstable. After I left, she unleashed on everyone within the department. Even though "I told you so feels good for a moment, this is unprecedented."

Another video turned up that showed the same woman behaving in a similar manner at a Peet's Coffee and Tea.

The undated video shows the woman reacting after a manager called her a "b*tch" for treating employees rudely.

She insults the floor manager and tells him she feared for her life after employees treated her disrespectfully, and the woman threatens to call the corporate office to report the incident, as she did at Michael's.

"You want to know what?" she says to the coffee shop manager. "I could stereotype you and call you something."

Jessie Grady, who recorded portions of Boyle's most recent rant, set up a GoFundMe page for the Michael's employees, and the campaign has already raised more than $18,000 -- well above her initial goal of $400.

"I’d like to do something to try to make it up to the employee who was the main target of this racist attack," Grady said on the fundraiser page. "I’d like to show her that many people are horrified by how this woman treated her, and that we stand with her and appreciate her hard work. She inspired me because despite the hateful words that were being hurled in her direction, she stood in that entranceway calm and unmoving to protect her staff and customers.”

Michael's has also issued a statement of support for the workers insulted in the 30-minute harangue.

"At Michael's, we do not tolerate discrimination or racism of any kind against our team members or customers," the company said in a statement. "We regret that our customers and team members were affected by this unfortunate incident and are grateful for the leadership of our store team in working to resolve it without further escalation."

Watch this video showing incidents at both Michael's and Peet's: