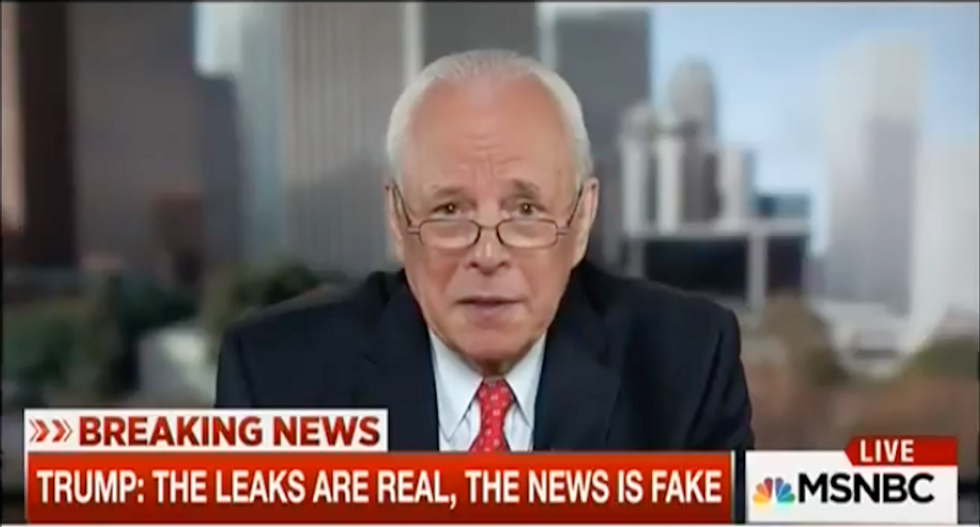 In an interview with New York Magazine's The Daily Intelligencer, John Dean, the former advisor to President Richard Nixon whose call-recording testimony made the Watergate case, told reporter Olivia Nuzzi that both Nixon and President Donald Trump share alarming tendencies.

"I think they’re both authoritarian personalities," Dean told The Daily Intelligencer. "We only know of Nixon’s full personality because of his taping system. But Trump just doesn’t try to hide anything, he’s just out there."

Dean also said that both Trump and Nixon are "klutzy" when it comes to electronics, and that Trump's apparently Luddite approach to technology may have made any recordings he'd made as apparent as Nixon's were to Dean.

"I’m told he’s not very mechanical. He’s kind of like Nixon in that regard," Dean said. "In other words, he’d have trouble surreptitiously recording somebody, you know, starting the machine, if it wasn’t going and what have you."

On comparisons between Trump's surprise firing of former FBI Director James Comey and Nixon's "Saturday Night Massacre", Dean told Nuzzi that there are some parallels, but they aren't exact.

"There were some echoes, but not much more. Echoes being the brutal way it was handled, and so unnecessary," Dean said. "But not quite the same stage, where Comey wasn’t defying Trump, whereas Archibald Cox clearly was, and both of them had the power to do what they did, but it wasn’t very wise to do."

In the fallout from firing former FBI James Comey, Trump may have implicated himself in his own conversation-recording scheme. Trump also allegedly has a history of recording phone calls.