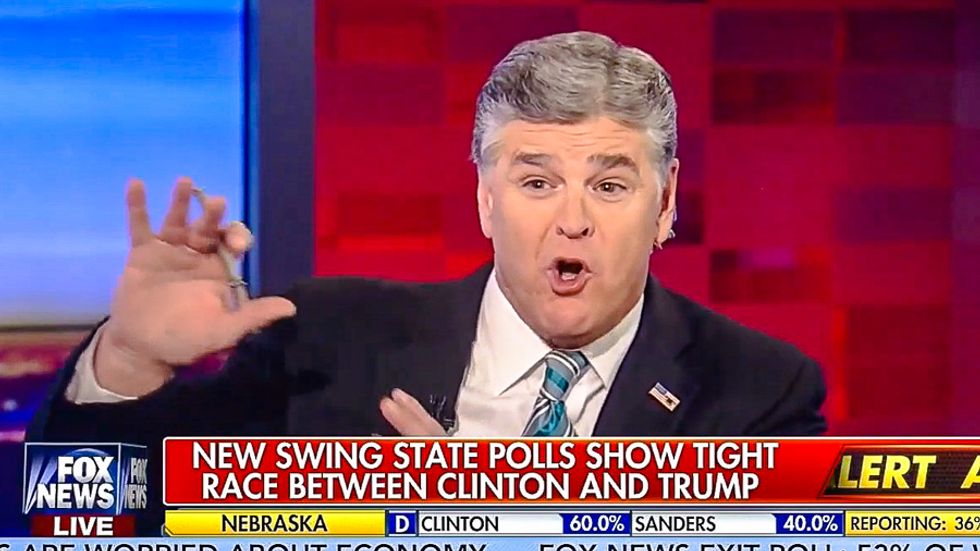 Despite his employer retracting their coverage of conspiracy theories surrounding the murder of former DNC staffer Seth Rich, Fox News host Sean Hannity continues to plug the debunked theories on his radio show.

During his May 23 show, which aired just a few hours after Fox retracted their report on theories about Rich's murder, Hannity took to the FM airwaves to double down on the conspiracy.

During his segment on the Rich conspiracy, Hannity claimed that he's spoken to Rich's family.

"These reports that I haven't talked to the family are not true," Hannity said.

Rather than claiming he's ignoring Rich's family, most reports are centered around a cease-and-desist letter sent to a Hannity contributor for continuing to allege that their deceased loved one was involved in a Wikileaks conspiracy. The contributor then retracted his statements.

Along with claiming he feels "so badly for this family and what they have been through," Hannity also backed up his coverage with an interview clip and email from Kim Dotcom, a virally-famous New Zealander known for founding the website Megaupload and being the center of a US extradition scandal.

"This issue is so big now that the entire Russia collusion narrative is hanging by a thread," Hannity exclaimed. "These are questions I have a moral obligation to ask, and I will do the mainstream media's job like I have most of my career."

He finished the segment with a string of theories he'd pushed about President Barack Obama, black boys murdered by police, and Richard Jewell.

"We're right, they're wrong," he said. "And all you in the liberal media, I am not Fox.com or FoxNews.com -- I retracted nothing."

Listen to the entire segment below.