'What a thug -- he's mauling him like an idiot': Morning Joe rips Trump's 'embarrassing' Europe trip 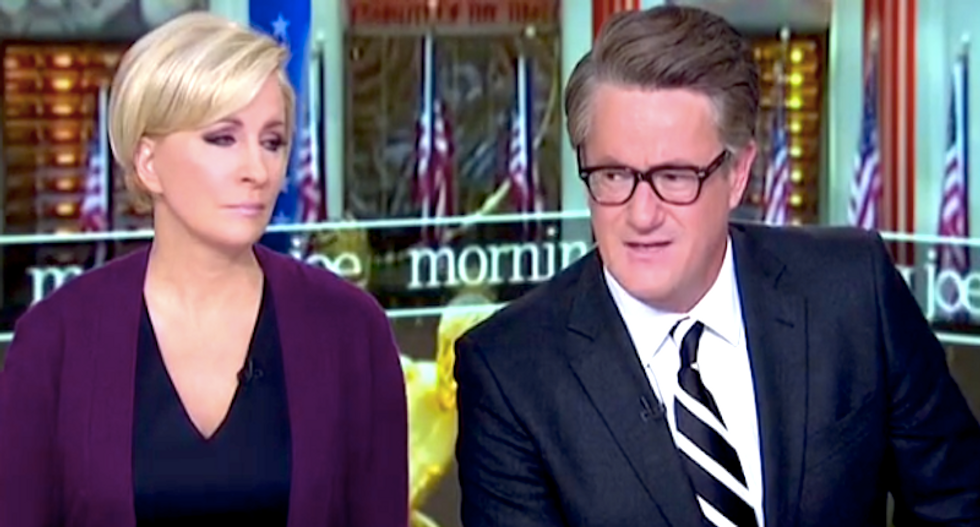 MSNBC's Joe Scarborough lambasted President Donald Trump's overseas trip as an utter failure and an embarrassment to the United States.

The "Morning Joe" host was disturbed by the carelessness Trump showed toward hard-won alliances with Germany and other European powers, and he was disgusted by the president's boorish treatment of the other nations' leaders.

Scarborough said the president's physical behavior could be excused if he hadn't offended NATO allies and threatened to rip up agreements on climate change and trade.

"If it were followed by positive conversations, you could just say he was awkward," he said.

Co-host Mika Brzezinski pointed to remarks over the weekend by German Chancellor Angela Merkel, who said the previous days showed the European Union must act on its own instead of relying on the U.S.

"For Merkel to say what she said shows they see no talent, they see nothing behind the eyes they can work with," Brzezinski said.

"He was so deferential in Saudi Arabia, so deferential, and he was just the opposite -- he was a bull this the china shop of an alliance that was first built with the blood of young Americans and people across the West by freeing the continent," Scarborough said. "Then from 1947 forward, we have spent blood, sweat, tears, billions of dollars building an alliance that Donald Trump wants to throw away to make points with Vladimir Putin."