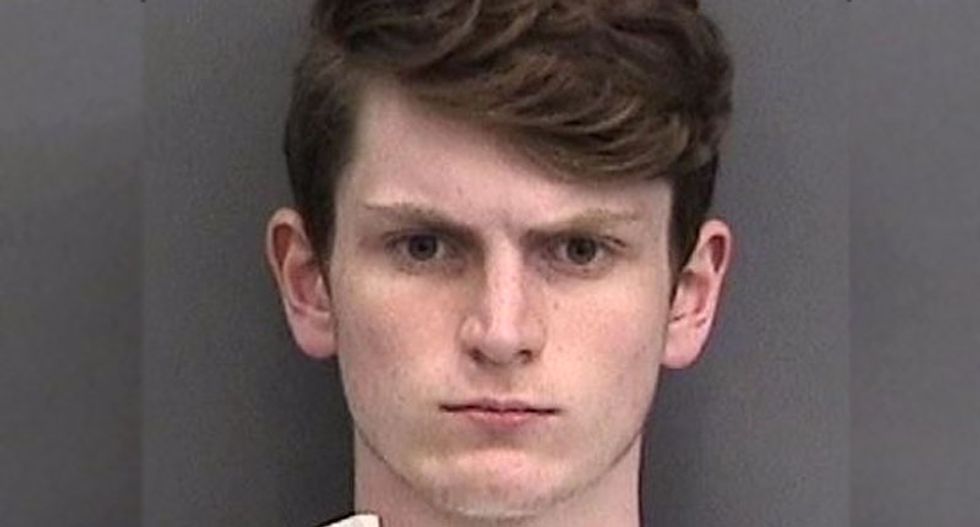 18-year-old Devin Arthurs, who allegedly killed his two neo-Nazi roommates for not respecting his conversion to Islam (Photo courtesy of Tampa Police).

A white supremacist is being accused of fatally shooting his two neo-Nazi roommates after they objected to his decision to convert to Islam.

The Tampa Bay Times reports that 18-year-old Devon Arthurs is being accused by police of gunning down two of his roommates -- 22-year-old Jeremy Himmelman and 18-year-old Andrew Oneschuk -- after they attacked his newfound Muslim faith.

According to police, Arthurs was upset at Islamophobia and decided to murder his two roommates "to bring attention to his cause." Prior to converting to Islam, Arthurs was a committed white supremacist, as were his two slain roommates.

Police say that, after killing his two roommates, Arthurs went into a nearby smoke shop in Tampa Palms, where he took three hostages and threatened to kill them. After police arrived on the scene, they convinced him to release the hostages and turn himself in.

"I had to do it," he said, according to police. "This wouldn't have had to happen if your country didn't bomb my country."

Police say that Arthurs also told them that his goal was not only to draw attention to American foreign policy in the Muslim world, but also to "take some of the neo-Nazis with him" as part of his murderous rampage.