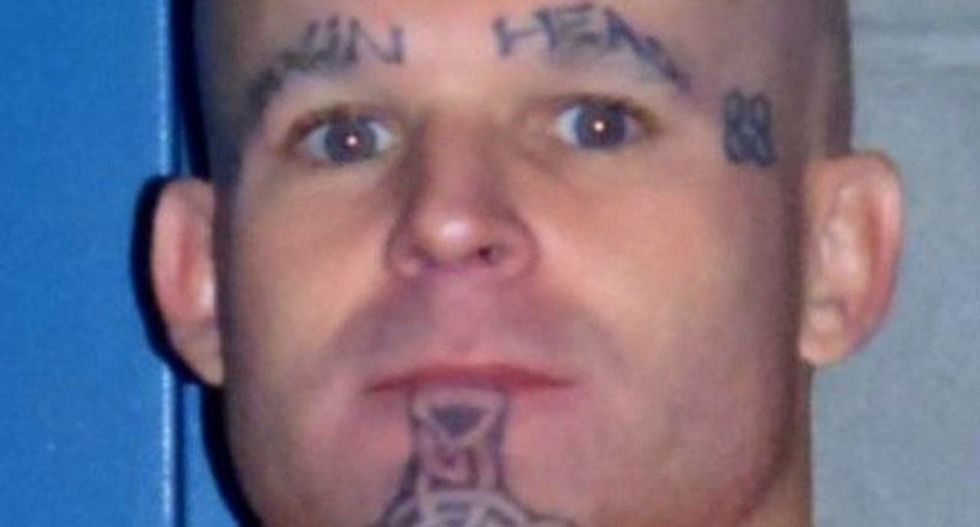 Neo-Nazis and other white supremacists are turning to Norse mythology as the only pure religion for white people.

Modern-day Odinists, who worship ancient Norse gods like Thor and Odin, believe the "mongrelized" teachings of the Jesus -- a Jew -- are too passive and weak, reported Reveal.

Odinists typically wear pendants of Thor's hammer, and the pagan religion's focus on revenge and action appeals to anxious racists who believe they're fighting against white genocide.

"We have to be prepared to fight," said Brandon Lashbrook, an Odinist and neo-Nazi from Centralia, Illinois. "We need to study martial arts, weight train. We need to be prepared and unified, and ready to defend ourselves, and continue to tell society the truth, and help more souls find their way out of hell and back to Midgard. That way they’ll unite and understand the threat that we face. It will always be honorable to die in battle."

At least six professed Odinists have been accused of plotting or carrying out domestic terrorist attacks in the U.S. since 2001, and Norwegian mass murderer Anders Breivik also follows the pagan religion.

"There are few things in the world more pathetic than the Jesus figure and his message, and I have always despised the weakness and the internationalism that the church represents," Breivik told a Norwegian newspaper after his conviction for killing 77 people.

Glenn Cross, who killed three people at Jewish centers in Kansas, wears a Thor's hammer medallion, and Ryan Giroux, who fatally shot one person and wounded five at an Arizona motel, has Thor's hammer tattooed on his chin.

Three Virginia men who plotted a crime spree to set off a race war were also followers of the neo-pagan Asatru movement, and an Odinist from Spokane, Washington, plotted to kill President Barack Obama and steal nuclear material as part of a "final solution" attack.

Odinism was spread in the U.S. during the 1970s and 1980s, especially by Danish immigrant Else Christensen -- who set up Odinist groups in prisons, where the pagan belief system has caught on with racist inmates.

"In jail, registering as Odinist has a different significance," Daniel Genis, a former inmate and journalist, told Vice. "It's important because prisons are compartmentalized for reasons of security and religious callouts are often the only way to see someone from the other side of the joint."

Others have been drawn to the neo-pagan religion through the black metal musicians such as Varg Vikernes, a convicted murderer and church arsonist, professed neo-Nazi and conspiracy theorist.

Only a small portion -- perhaps 15 percent -- of American Odinists are "overtly racist," but their belief system has captured the attention of law enforcement.

That's because their belief system justifies the killing of innocent civilians as part of a larger battle for white supremacy, according to terrorism experts.

"It’s a jihadist view," said Daryl Johnson, former senior domestic terrorism analyst at the Department of Homeland Security. "Extremists tend to hijack these religions and these beliefs and adopt them into their worldview and use them for justification for carrying out violent attacks."

There are admittedly few Odinists, and even fewer drawn to its twisted racist interpretations -- but law enforcement experts are still worried about its influence.