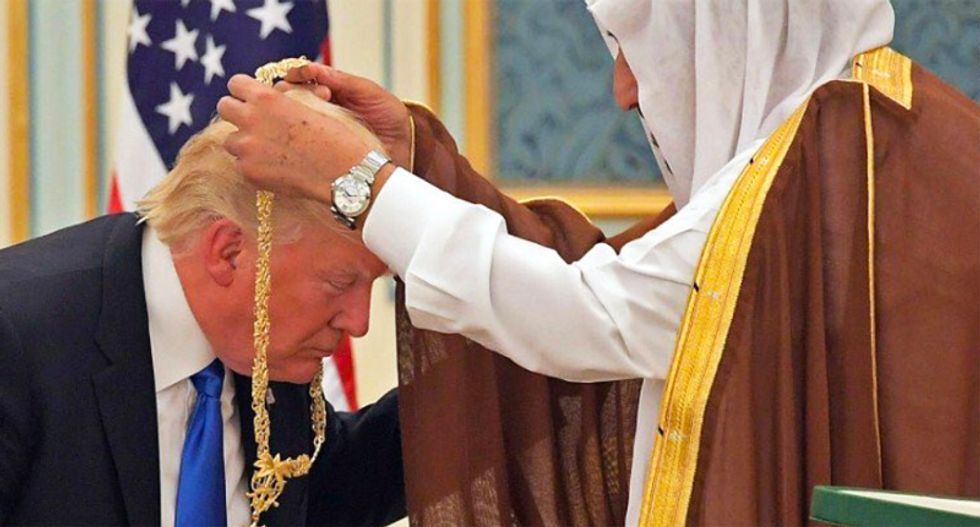 President Donald Trump first trip overseas has -- so far --gone seamlessly if one disregards the chaos he left at home with multiple bombshells dropped by the Washington Post and the New York Times regarding White House doings.

However, as the world awaits Trump's speech on Islam, he was the recipient of a great deal of mockery on Twitter for a half-curtsy he bestowed upon the king of Saudi Arabia.

Quipsters with long memories recalled conservative outrage that was showered upon former President Barack Obama when he bowed to foreign leaders -- including the Saudi king -- during what conservatives still call his "apology tours."

Of particular note was this Trump gem from 2012:

As one Twitter user noted, "Unlike Obama, Trump refuses to debase himself by bowing before a king. Diplomat that he is, he deftly opts instead for a half-curtsy."

And then it was on:

had Obama given the Saudi king a dainty little curtsy Michelle Malkin would have written an entire book around it
— Simon Maloy (@Simon Maloy) 1495301896.0

That moment when conservatives flood internet w/TRUMP BOWS TO NO ONE MEMES & Trump not only bows, but adds a curtsy https://t.co/OXkhiv8bxv
— The Daily Edge (@The Daily Edge) 1495303112.0