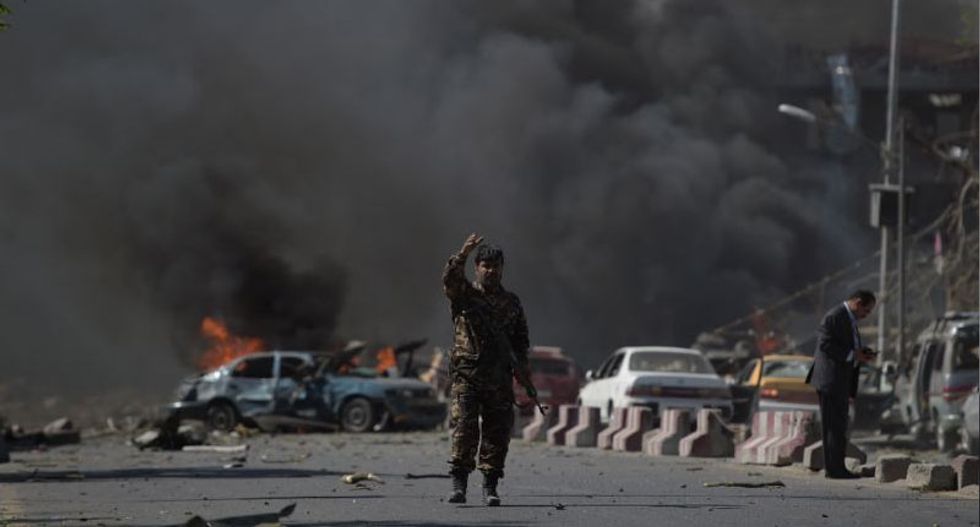 Kabul has been on edge since a massive truck bomb on May 31 killed more than 150 people and wounded hundreds in the city's fortified diplomatic quarter, the deadliest attack in the Afghan capital since 2001 (AFP Photo/SHAH MARAI)

An Afghan teenager was killed in a bombing less than a week after being deported from Sweden, Human Rights Watch said Wednesday, calling on European nations to halt repatriations as "Kabul is not safe".

The deportation of rejected asylum seekers from EU nations has been highly controversial, with criticism mounting over returning them to conflict-torn Afghanistan after a recent wave of deadly bombings.

The teenager was among 20 asylum seekers that Sweden sent back on May 30. He died in a bombing on June 3 that hit a funeral procession for a man killed in anti-government protests over spiralling insecurity in the Afghan capital.

"European countries have increasingly rejected the asylum claims of Afghans without denying their protection needs," HRW said in a statement.

"The idea that Kabul is considered 'safe' for Afghans has real repercussions... Kabul is not safe."

Kabul has been on edge since a massive truck bomb on May 31 killed more than 150 people and wounded hundreds in the city's fortified diplomatic quarter, the deadliest attack in the Afghan capital since 2001.

Suicide bombers tore through a row of mourners at the funeral for one of the protesters, killing at least seven more people.

The carnage has left the Afghan capital shaken, with protesters who have set up a sit-in camp close to the bombing site demanding the resignation of President Ashraf Ghani's government.

The violence has prompted the German government to temporarily suspend deportations of Afghans.

"Other European countries should do the same," HRW said. "It shouldn't take any more deaths of deportees to dispel the myth that Kabul is a safe place of refuge."

In early February, 23-year-old Atiqullah Akbari suffered shrapnel injuries in a militant attack in Kabul, two weeks after he was deported from Germany, highlighting the perils of repatriation to the war-battered country.

Akbari was picked up by German police in January from his home in Bavaria where he had sought refuge.

Afghanistan is plagued by insecurity, poverty and unemployment, and is increasingly overwhelmed by people repatriated from Pakistan, Iran and Europe along with hundreds of thousands of others displaced by war.