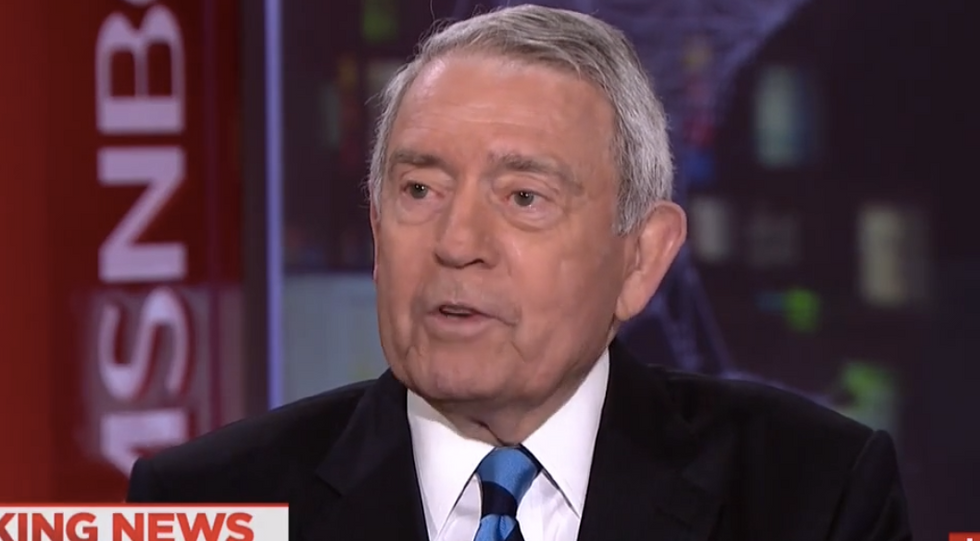 Veteran journalist Dan Rather said on Thursday that one of the biggest takeaways from former FBI Director James Comey's testimony before the Senate Intelligence Committee was that Attorney General Jeff Sessions is a "marked man" due to his dalliances with Russian officials.

Rather appeared alongside MSNBC commentator Joy Reid on "All In with Chris Hayes" to discuss the explosive revelations from the day's testimony.

"Whether you like what Comey did or not," Rather said, "you have to admit he's a great storyteller."

"He took control of the narrative today," Rather explained, like a prosecutor putting a charge before a jury.

One of the "overlooked" details from Thursday, Rather said, is that "Attorney General Sessions is now a marked man" because Comey revealed yet another undisclosed meeting between Sessions and Russian ambassador to the U.S. and purported spymaster Sergey Kislyak.

Comey "put a dagger, if you will, right near the heart of Sessions," Rather said.

"There is a target painted on him," agreed Hayes, "and I think Kamala Harris' line of questioning that couldn't be answered," combined with "the reporting that we have now" agrees that Sessions had a third secret meeting with Kislyak.

Reid noted that Sessions has "always seemed to know more" about what was really going on between the Russians and the Trump campaign than he pretended to.