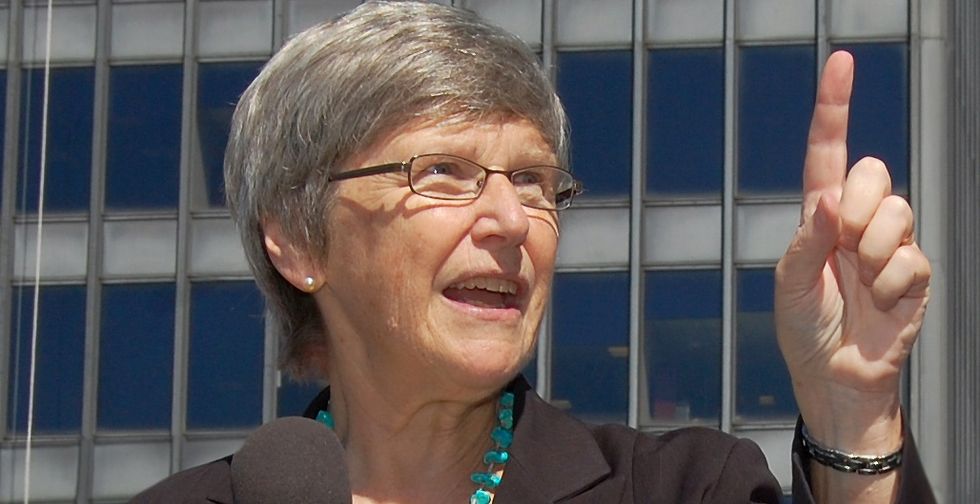 Republicans portray themselves as the "pro-life" party -- but one Catholic Sister is calling that reputation into question in the wake of their proposed health care bill's deep cuts to Medicaid.

Writing an op-ed for The Hill, Sister Simone Campbell excoriates Republicans for the content of their health care bill, which she says runs against everything an "allegedly pro-life" party should believe.

"I am outraged to see allegedly pro-life Republicans put forward a healthcare bill that will strip millions of people of their healthcare," writes Campbell, who is the executive director of NETWORK Lobby for Catholic Social Justice. "Not only that, but this bill preys on the most vulnerable! This is antithetical to any faith. The House and Senate healthcare proposals are the antithesis of a pro-life stance and needs to be named as such. People will lose their lives if this bill becomes law."

Among other things, Campbell notes that an estimated 45 percent of all births are financed by Medicaid in the United States, while also noting that Medicaid helps fund nursing home stays for seniors, "including many Catholic Sisters who have served their entire lives tending to the most vulnerable."

She ends her editorial with a call to arms for anyone who considers themselves to be pro-life to rally against the GOP's health care bill.

"To be pro-life requires us to care about ALL of life, not just birth or death," she writes. "Mothers and their infants need medical coverage. The disabled and the elderly need the promise that they can live in dignity for their entire natural life. This means that we must not cap individual or state expenditures for Medicaid or remove services from the defined benefits."

Read the whole editorial at this link.