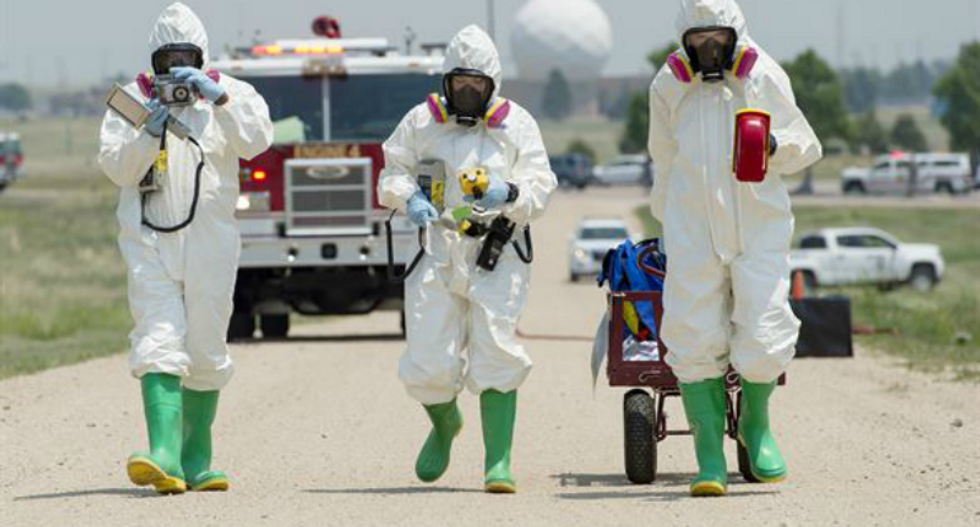 A new report is grading the policy outcomes of radical experiment with political austerity by a Colorado town known as the "The Christian Mecca" and "Evangelical Vatican."

"The Short, Unhappy Life of a Libertarian Paradise" an in-depth look at Colorado Springs, CO. Written by Caleb Hannan for the July/August 2017 issue of Politico Magazine, the expose examines the "fiscal self-starvation" in the town with over 700,000 residents in the metro area.

It is the story of two mayors in the shadow of Pike's Peak and it may just illuminate a path forward for moderate Republicans exasperated with the antics of President Donald Trump.

“The only difference I can see between me and Donald Trump,” former Colorado Springs Mayor Steve Bach told Politico Magazine, “is that I don’t tweet.”

That's how it all got started, when Colorado Springs elected businessman Steve Bach in a 2011 landslide.

"The city’s experiment was fascinating because it offered a chance to observe some of the most extreme conservative principles in action in a real-world laboratory," Politico Magazine explained. "That’s where Colorado Springs was frozen in the consciousness of the country—a city determined to redefine the role of government, led by a sharp-elbowed businessman who didn’t care whom he offended along the way (not unlike a certain president)."

By 2015, Mayor Bach was too unpopular to run for re-election. Which is where this story becomes a redemption tale.

"If every election is a referendum on the politician who came before, John Suthers was as clear a renunciation of Steve Bach as could be found. Far from a political outsider, Suthers had spent his life working inside government, from student body president of his high school (“No others than Suthers”), to local district attorney, to head of the Department of Corrections, to state attorney and all the way up to attorney general of Colorado, where he served for 10 years," Politico Magazine updated. "Suthers was a Republican like Bach, and he shared Bach’s belief in keeping government budgets on a leash. But unlike Bach, he wasn’t going to try to strangle the city with it."

The era of radical austerity and fiscal self-starvation appear to be over in Colorado Springs.

"Even with that small-government mind-set still relatively intact, three times in his first two years as mayor, Suthers has gone to voters either proposing a new tax or asking to keep extra tax revenue," Politico Magazine noted. "By overwhelming margins, he has now persuaded the supposedly anti-tax zealots of Colorado Springs to commit $250 million to new roads, $2 million to new park trails and as much as $12 million for new stormwater projects."