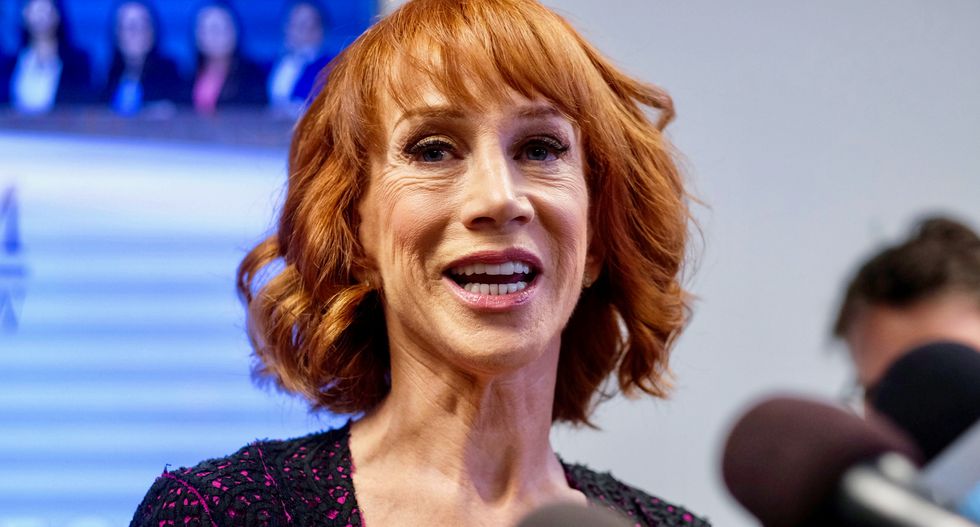 Comedian Kathy Griffin tearfully apologized in a Friday press conference for posing with a fake bloodied and severed head depicting U.S. President Donald Trump, saying that she felt her career was now over and that Trump "broke" her.

Griffin has lost sponsorships and jobs, including her role as co-host of CNN's New Year's Eve coverage with journalist Anderson Cooper, since a photograph and video from the shoot appeared on social media on Tuesday.

President Trump said the image of Griffin with the gory mask resembling him was "sick" and that it had traumatized his family, especially his youngest son, 11-year-old Barron. Trump's oldest son, Donald Jr., called for employers to drop the comedian.

“I don’t think I will have a career after this. I’m going to be honest, (Trump) broke me,” said Griffin, 56, a two-time Emmy-winning performer known for her deliberately provocative brand of humor.

Griffin reiterated the apology she posted on social media late on Tuesday, but remained defiant, saying, "I'm not afraid of Donald Trump, he's a bully," adding that she intended to continue making jokes about the president.

She also described herself as a provocative woman who has often had to deal with older white men in positions of power.

"What's happening to me has never happened ever, in the history of this great country, which is that a sitting president of the United States and his grown children and the first lady are personally, I feel, trying to ruin my life - forever,” she said.

Trump's remark was widely interpreted as referring to menstrual blood, implying that Kelly was in an unfriendly mood because she was menstruating.

At his daily briefing on Friday, White House spokesman Sean Spicer declined to respond to Griffin's remarks, saying that the president, the first lady and the Secret Service had made clear their views on the photo.

Katrina Pierson, a former Trump campaign spokeswoman, criticized Griffin on Twitter after her appearance on Friday, saying that Griffin had had a nervous breakdown about "misogyny & mean white men" at the press conference.

The U.S. Secret Service, which is responsible for presidential security, has opened an inquiry into the photo of Griffin posing with the severed-head replica.