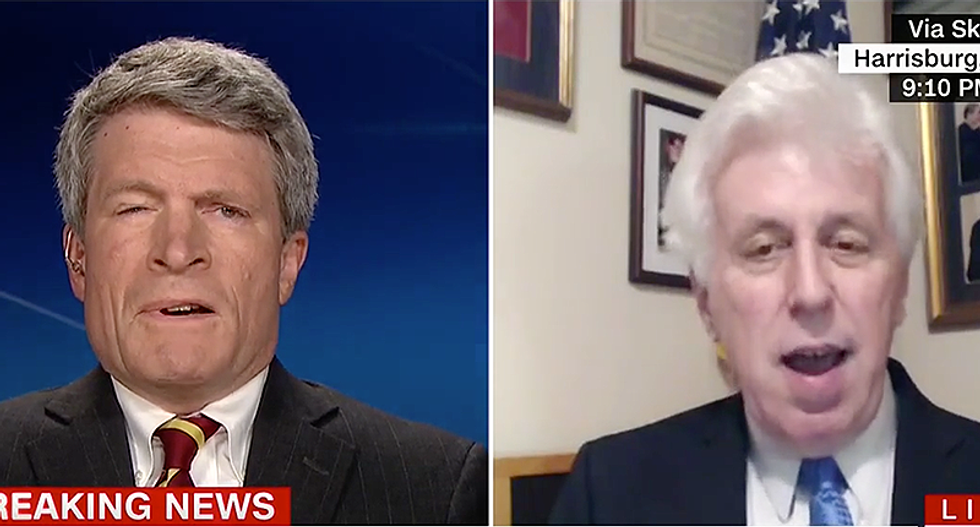 Lord, an apologist for President Donald Trump, claimed that there was nothing improper going on with Trump's fundraiser at his own hotel. Painter disagreed, saying that Trump was able to not only make money for his campaign but also personally.

"Furthermore, he's taking a cut himself because he owns the hotel where the fundraiser is," Painter said. "And it's not the only big event at a hotel. There have been lots of events at that hotel. Not political fundraisers but trade associations and others that pay top dollar to have parties. That's the go-to hotel in Washington now for anyone who wants to schmooze the Trump administration, the president of the United States, to get access to his administration, and that's just flat out corrupt on top of the corruption both political parties from campaign finance system. This whole thing is disgusting and the American people are going to get fed up with both parties if they don't fix our government and get the corruption out."

"I'm not picking on Richard here because this is a commonplace assumption in the swamp having worked there for a long time," Lord said. "They have a problem with something like this but when it comes to political benefit, which often leads to monetary benefit, they have no problem with it."

Painter cut in to say he has a big problem with it.

"I have a big problem with the political raiding of campaign contributions for political favors from both political parties," Painter said.

Lord alleged that Painter's former boss President Bush used the office of the governor of Texas to get elected by using donors who also gave to him as the governor.

"And let's fix Citizens United but we don't have to add a hotel on top of it," Painter cut in.

"We need to rein in the political aspect of it and nobody talks about it because everybody has their hands in the pot," Lord alleged.

"Well, let's get them out of the pot. But we don't need the president sticking his hands in the pot twice, one for political contributions and second for his own hotel for the Trump Organization," Painter shot back.

Lord tried to bring up former President Barack Obama and George W. Bush but Painter wasn't having it.

"We don't need to talk about the past. We need to fix the future and this is getting worse and worse and worse," Painter replied. "We're just pointing fingers at Obama or Bush and that is not going to work for this president."