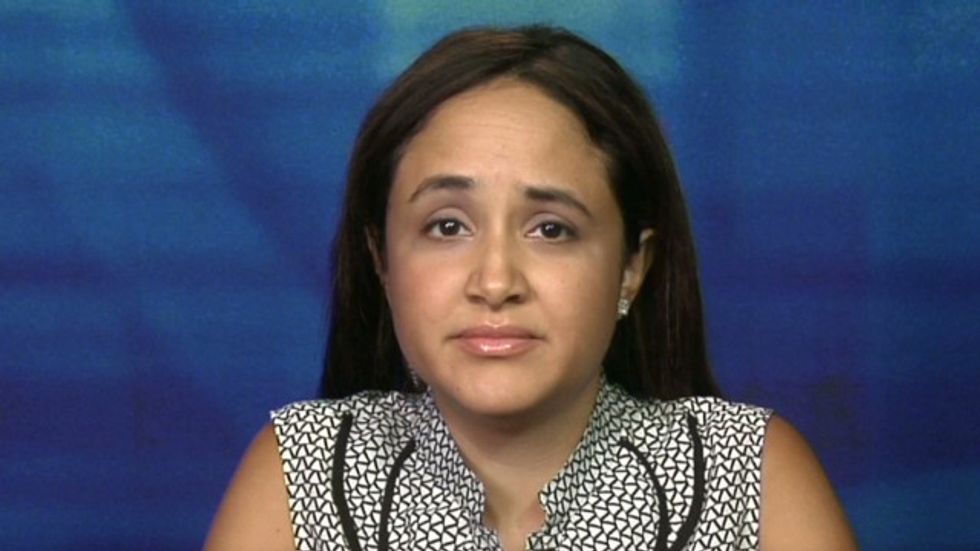 Megyn Kelly's decision to interview Alex Jones for her new show on NBC is drawing fierce criticism from many quarters, including a mother whose daughter was killed in the Sandy Hook Elementary School massacre that Jones called a "false flag."

Nelba Marquez-Greene, whose daughter Ana Grace was slain in the 2012 elementary school mass shooting, has taken to social media to attack Kelly for "normalizing" Alex Jones, who once said that the shooting was a hoax conducted by the government as a pretext for taking away Americans' guns.

Addressing Kelly, Marquez-Greene said that promoting Jones through her show reopened old wounds for Sandy Hook parents who lost their children more than four years ago.

"By making this choice, you grieve our hearts and the memory of our child," she wrote. "You have a powerful platform. I encourage you to 'shine light' on affirming the losses suffered here- NOT on a person who mocks those losses.... Evil doesn't need another platform."

Marquez-Greene also pointed out the bitter irony of Kelly's interview with Jones airing on Father's Day this coming Sunday.

"In Megyn Kelly's America, cruelty gets you on national TV," she wrote. "Sandy Hook grieving dads will go to the cemetery."