GOP lawmaker walks 'tightrope' between principles and loyalty: 'I intend to be around post-Trump' 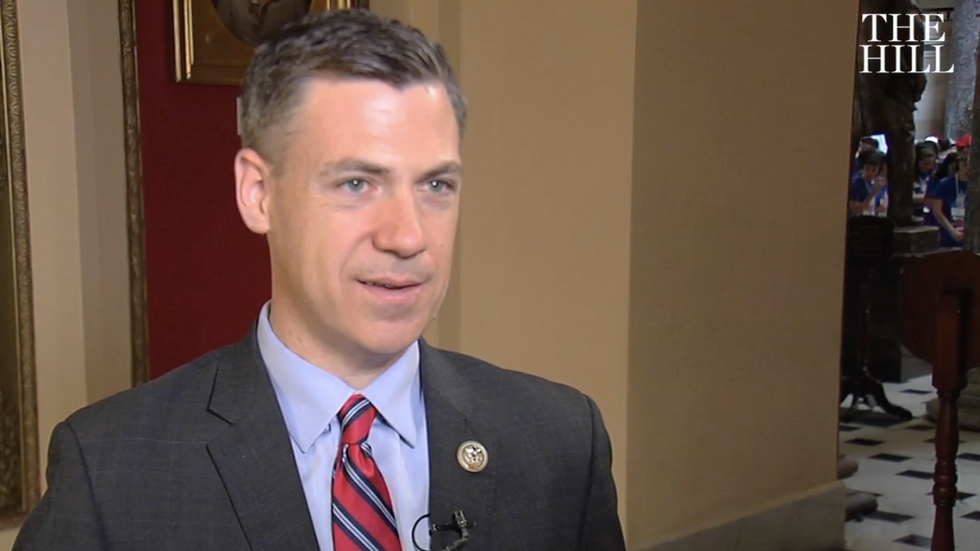 A freshman Republican lawmaker from Indiana is finding some tension between remaining true to his conservative principles while maintaining loyalty to President Donald Trump.

Rep. Jim Banks (R-IN) represents a northeast Indiana district that backed Trump by 70 percent, but he's expressed some mild criticism of the president -- which his constituents don't like, reported The Atlantic.

The former state lawmaker and Navy veteran of Afghanistan told the magazine he encountered some opposition last week when he told a Republican group in Allen County that he didn't work for the president.

"(Some of them) felt that was maybe an act of disloyalty," Banks said, although he pointed out that others agreed.

Banks ended up voting for Trump "with reservations," although many of his family and friends were enthusiastic supporters, and he's been troubled by the president's tweets and former FBI director James Comey's testimony about events that led to his firing.

He remains popular with his constituents, who actually cast more votes for him than Trump, but he's worried that his tepid criticism of the president could draw a primary challenge after his first term.

"I think if I were going to have a primary, less than a year from now, it could be an opponent who runs on a more populist message — is more Trumpian, is that the right word?” he said, although he hasn't seen any evidence of that yet.

Banks describes the chaos in Washington as "the frenzy," although he admits he's still trying to find his footing after less than six months on the job.

“I’m trying to navigate it,” he said. “I’m trying to figure out how to navigate that tightrope. I’m choosing to approach my job by maintaining my independence, and maybe I’ll be defeated for doing so. But I also look into the future -- I’m 37 years old, and I intend to be around in the post-Trump era, to continue to be a player in the conservative movement.”