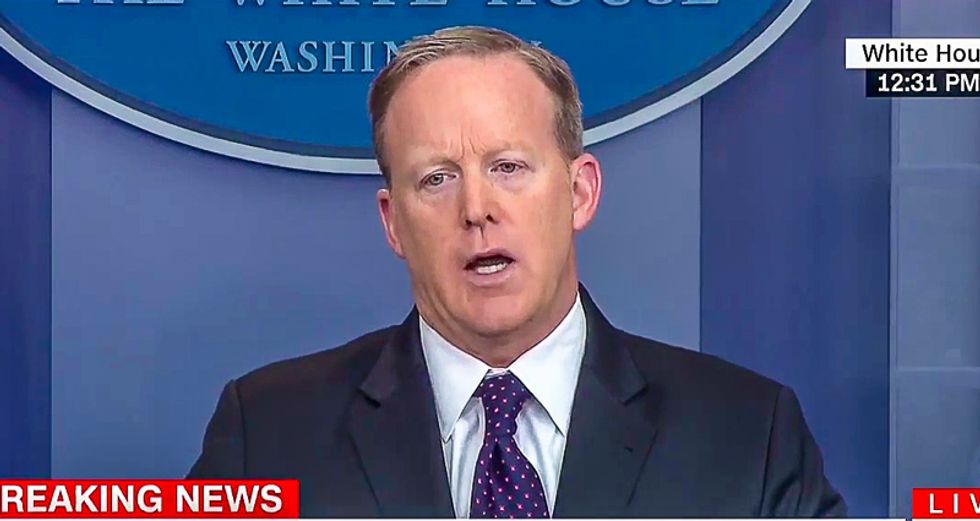 President Donald Trump is not happy with his communications team and has reportedly ordered White House Press Secretary Sean Spicer to find his own replacement.

But before Spicer heads for the dustbin of history, here's a look back at the moments that have made his press conferences both entertaining for viewers and frustrating for reporters trying to coax answers out of the secretive administration.

Spicer began his tenure as the press secretary by falsely insisting that Trump had the largest inauguration crowd in history.

"Photographs of the inaugural proceedings were intentionally framed in a way, in one particular tweet to minimize the enormous support that had gathered on the National Mall," he snapped at reporters in January. "This was the largest audience to even witness and inauguration -- period."

Here are some of the other quotes that have made Spicer one of the most unique press secretaries in history.

Jan. 23: "I believe that we have to be honest with the American people. I think sometimes we can disagree with he facts."

Feb. 23: "Okay, you don't get to just yell out questions. We're going to raise our hands like big boys and girls."

March 20: "I think your headlines are bad. I'm glad to rewrite... I'd be glad to if you guys are looking for some help."

March 22: "I think the president's tweets speak for themselves."

April 11: "You know, someone as despicable as Hitler who didn't even sink to using chemical weapons."

May 12: "I think [Trump] is a little dismayed that we come out here and do everything we can to try to provide you and the American people with what he's doing on their behalf. And yet, we see time and time again an attempt to parse every little word and make it more of a game of 'gotcha' as opposed to really figure out what the policies are... and I think that's where there's a lot of dismay."