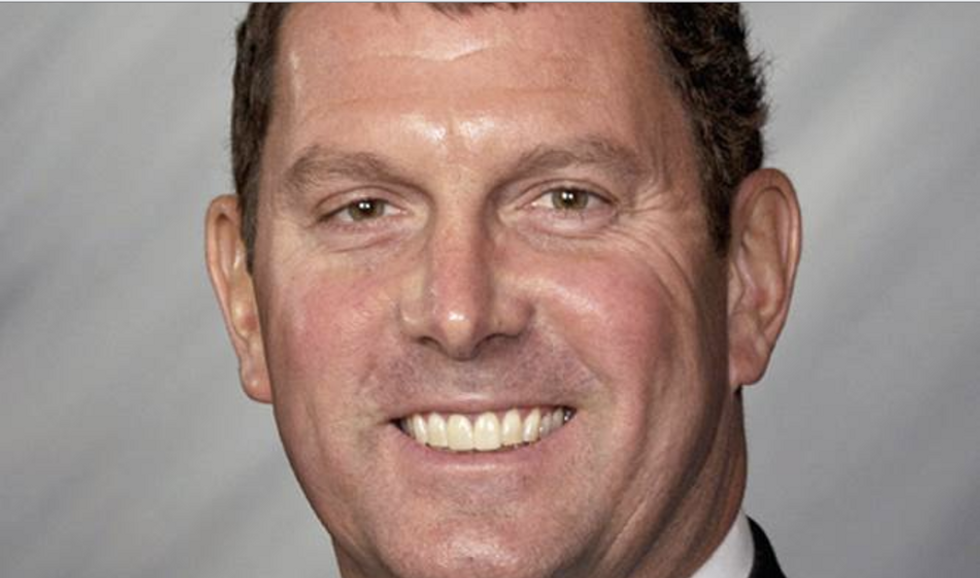 A Republican state lawmaker for Indiana's 69th district is apologizing after posting a copy of a letter he wrote to the Indianapolis Star newspaper telling women that if they are armed with guns, it can "mitigate their chances of being violently assaulted.” However, the state representative blamed his critics for "twisting" his words and insisted women need to share the responsibility for preventing rapes.

On Saturday, reported NBC News, Rep. Jim Lucas offered a lukewarm apology after getting "publicly excoriated" for hijacking a discussion of sexual assault to push his pro-gun agenda.

Last week, responding to a June 4 article about an assault survivor in the Star, Lucas --

who believes that licenses should not be required to carry concealed weapons -- uploaded photos he'd taken of a handwritten letter to the newspaper saying women who own guns are "learning how not to be a victim."

On official Indiana House of Representatives letterhead, Lucas wrote, "After reading your front page article in the Sunday Star about the tragedy of rape, it would be nice to see a follow up article about the thousands of Hoosier women that are taking steps & learning how not to be a victim."

Angry protests flooded post's comments section, sending Lucas into a days-long fit of defiant self-pity, lamenting the "hatred" directed at him for suggesting that women who have been raped only have themselves to blame for not owning a gun.

He blamed his critics for overreacting to what he insists was just a suggestion offered to women in the spirit of helpfulness.

"I have been publicly excoriated over my recent attempt to bring light to this subject, educate people on the subject and what they can do to empower themselves to mitigate their chances of being violently assaulted," he complained. "I used the word 'victim,' which has been used for centuries and has a plainly worded dictionary definition and was used in the headline of the IndyStar, yet I was branded as 'victim blaming.' It went downhill from there."

Lucas wrote that he spoke to the author of the Indiana Star article and "(w)e both grew and gained from this," but that there are others who "would rather just hate for what I wrote."

"If my words appeared insensitive, it was certainly unintentional," he wrote, but insisted that the onus of preventing rapes be taken off of boys and men and shared equally between attackers and their victims.

"People are demanding that we educate boys and men about respecting women and teach them that rape is bad, yet this episode shows how those who do try to discuss this sensitive issue can have their words twisted and get attacked," he lamented. "Is there any wonder people don't want to discuss this issue and it remains off limits?"