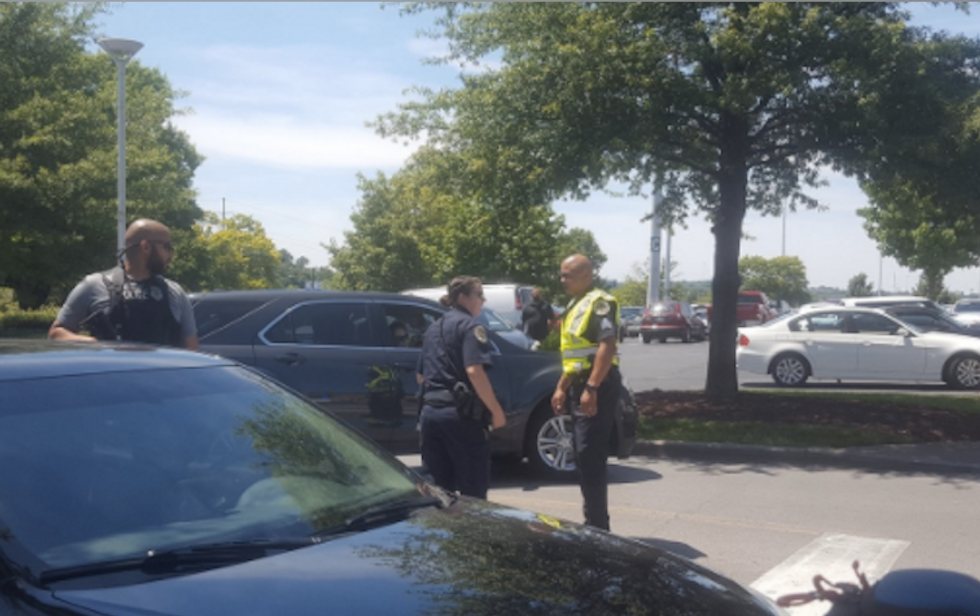 Nashville Police at the scene of a shooting at 100 Oaks mall (Hayley Mason, WSMV)

An inmate is dead and a deputy sheriff injured after a firefight at a medical clinic in 100 Oaks mall at the campus of Vanderbilt University in Nashville, Tennessee on Wednesday.

Nashville's WSMV reported that the deputy was escorting the inmate to an appointment at the Vanderbilt Outpatient Clinic on Wednesday when the inmate somehow gained the use of a firearm and shot the officer.

The Robertson County Sheriff's Office confirmed Wednesday afternoon that the inmate is dead and the injured officer is being transported to medical care.

No other injuries have been reported so far.

WSMV's Hayley Mason tweeted that roads are closed leading to the mall and that police are working to clear the building.