Trump lied about having tapes to 'rattle' Comey, source says 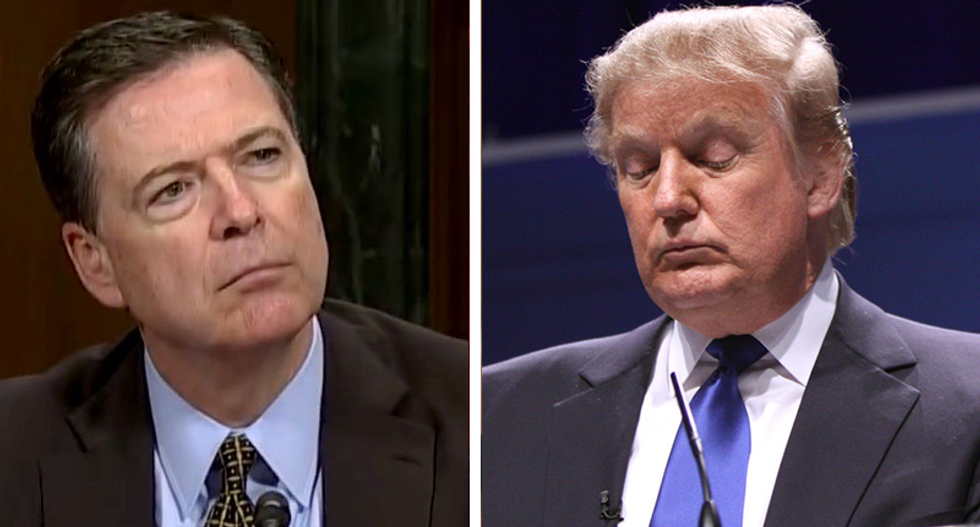 There are no recordings of President Donald Trump asking former FBI director James Comey to pull back on the investigation of former national security adviser Mike Flynn.

The president suggested he had recordings that might dispute Comey's account of their private conversation in the Oval Office, which the former FBI director told lawmakers he would welcome -- but a source told Bloomberg those tapes never existed.

"James Comey better hope that there are no ‘tapes’ of our conversations before he starts leaking to the press!" the president tweeted, and then called the investigation into his campaign ties to Russia a "witch hunt."

The source told Bloomberg on the condition of anonymity that Trump hinted the tapes existed as part of a strategy to ensure Comey told the truth.

That account matches claims made earlier Thursday by former house speaker Newt Gingrich, who told the Associated Press that Trump was bluffing about the tapes in an attempt to "rattle Comey."

"He's not a professional politician," Gingrich said. "He doesn't come back and think about Nixon and Watergate. His instinct is: 'I'll outbluff you.' "

The House Intelligence Committee conducting the Russia probe asked White House Counsel Don McGahn to provide information about those recordings and turn them over by Friday if they exist.

The president promised June 9 to confirm whether the tapes exist or not, and he tweeted a short time after the Bloomberg report broke that he did not make any such recordings and was not sure whether they existed.