'It’s gotten embarrassing': Trump desperate to fire Reince Priebus -- but no one wants the job 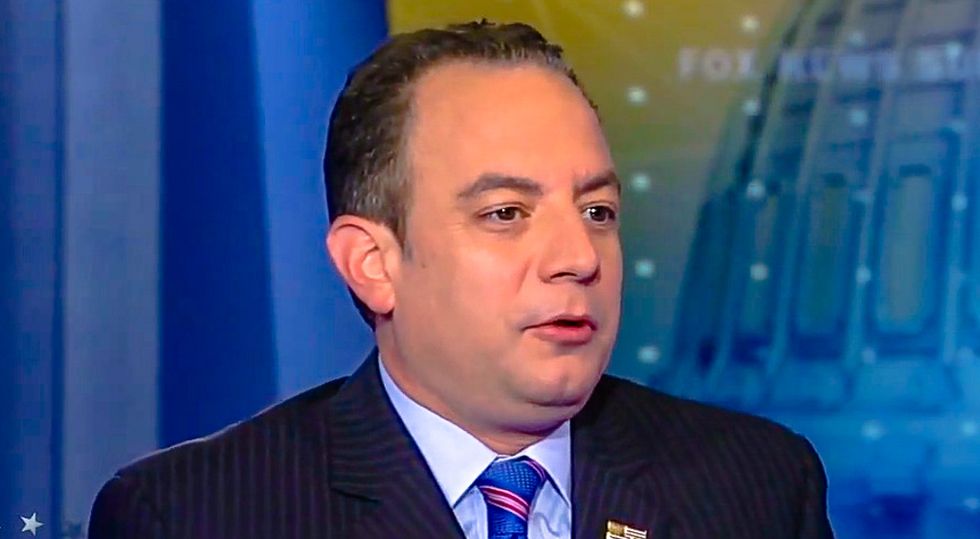 Reince Priebus remains White House chief of staff in large part because no one else wants the job.

A dozen White House officials and advisers told Politico that President Donald Trump wants to replace Priebus and has been talking to outside advisers about possible replacements, but he continues to hold onto his position.

"It’s basically decided that Reince is gone," a friend of the president told the website. "It’s just a matter of who replaces him and when."

Priebus tries to maintain control within the White House by holding daily meetings at 8 a.m., running in and out of other meetings throughout the day to keep an eye on his colleagues, and working late into the night, sometimes reviewing posts about himself on Twitter and asking other officials to push back.

Trump praises Priebus to his face, but he's critical of him with others within the White House and has been asking for advice on a replacement.

Senior White House officials describe Priebus as a dead man walking, and he's been subject of reports speculating about replacements and his possible appointment as ambassador to Greece -- yet he keeps showing up to work.

"The president doesn’t hate Reince," said a friend of Trump who often speaks to Priebus. "It’s not like, this guy has to get out of here this very minute."

Rumored replacements such as Gary Cohn, Trump's chief economic advisor, and David Urban, a GOP lobbyist, would likely demand assurances from Trump that they would have real authority within an undisciplined White House.

A historian who's written about other White House chiefs of staff said the situation was unprecedented.

"The dynamics make it mission impossible for him," said Chris Whipple, author of "The Gatekeepers." "It’s totally unusual to have all these rumors out there about a chief-of-staff, but there has never been a White House this dysfunctional."