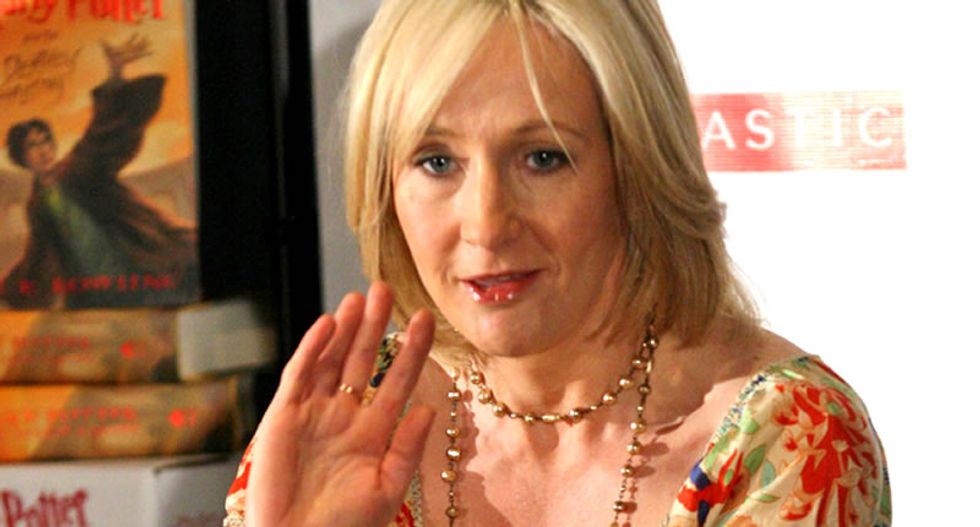 Author J.K. Rowling came down hard on a man she previously admired for calling English Prime Minister Theresa May a "whore," excoriating him for allying himself with men who can't stand any woman who "displeases" them.

Without identifying the man, who the Harry Potter author described as someone "I thought was smart and funny," Rowling launched into a tweetstorm calling out the overt sexism.